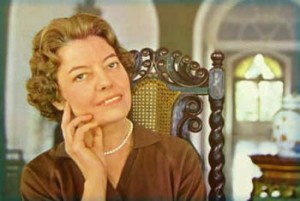 Monique Haas (1909-1987) received the Premier Prix in 1927 from the Paris Conservatoire before going on to study privately with Rudolf Serkin, Georges Enescu and Robert Casadesus. As was common with most French pianists of her generation, she was an active advocate of French composers, ranging from Baroque composers such as François Couperin and Jean-Philippe Rameau through composers such as Debussy, Ravel, and Messiaen. This isn’t to say that she only focused on French composers. Mozart, Chopin, and Bartók, as well as Hindemith, also were part of her repertoire.

Debussy: Pour le piano: I. Prelude (Monique Haas, piano)
Her style of playing is closer to that of the school of Alfred Cortot than the more robust style advocated by Marguerite Long, the two great French piano teachers of the early 20th century.

In this recording of Debussy’s Voiles, her lightness and precision both come through.

Debussy: Preludes, Book 1: No. 2. Voiles (Monique Haas, piano)
In this recording of Ravel’s Mother Goose Suite, this same delicacy makes the Pavane for the Sleeping Beauty in the Woods a work of light and air.

Ravel: Ma mere l’oye: I. Pavane de la belle au bois dormant (Monique Haas, piano)
The German composer Hindemith was a particular favourite. In this recording of his Konzertmusik, the steady driving pace is matched by a clarity of performance.

Bartók: Piano Concerto No. 3, BB 127: III. Allegro vivace (Monique Haas, piano; Berlin RIAS Symphony Orchestra; Ferenc Fricsay, cond.)
She taught at the Paris Conservatoire from 1967 to 1970 while maintaining her concert career. She also taught at the Salzburg Mozarteum. Two composers praised her skills: The composer Francis Poulenc, himself an accomplished pianist, called her “the adorable Monique Haas who plays the piano ravishingly”, and Henri Dutilleux described her as “a celebrated interpreter of the music of Ravel.”