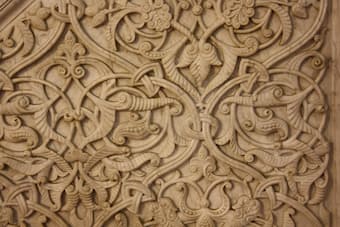 Private gatherings at home, known as salons, started in the 17th century in France, where literary gatherings or intellectual groups would get together to exchange ideas. Often headed by a brilliant man or woman who could bring like-minded people together, these salons were places of academic discussion, artistic discussion, and artistic performance.

By the 19th century, music would be written for salon performance, generally short pieces, romantic in nature, to be played by the composer or a close friend. Fanny Mendelssohn’s salon, that she started in 1831 provided her with performing opportunities that were otherwise closed to her.

In the late 19th century, as part of the interest in the ‘other’ that permeated so much of French society, Debussy wrote two Arabesques. The term comes from art, where an ‘arabesque’ is a design of ‘surface decorations based on rhythmic linear patterns of scrolling and interlacing foliage, tendrils or plain lines.’ 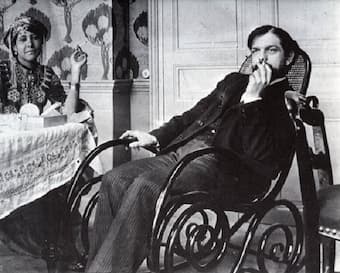 In Europe, ‘Arabesque’ meant ‘in the Arabic style’ and, applied to music, it can indicate meandering themes.

Debussy was a devoted attendee of salons, attending those of Winnaretta Singer, the Princess de Polignac. Heiress to the Singer sewing machine fortune, she used her fortune to fund many causes, including health projects in Paris, where she had lived since age 2. Her musical salon was famous and was attended by Debussy and Ravel. Debussy’s works were frequently performed at the salon by Spanish pianist Ricard Viñes.

In his first Arabesque, Debussy’s meandering theme has been described as ‘a sort of dance of blessed spirits with flute and harp.’ The wandering arpeggios sketch a rising pattern that gracefully falls and then rises again.


The second has been described as more like ‘a dance of butterflies’ – even lighter than the first one as it doesn’t even sound as though it touches the ground. 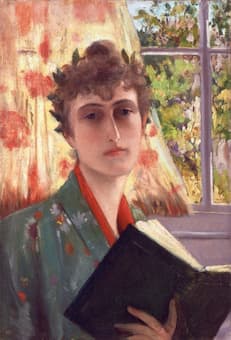 In his two Arabesques, Debussy was able to capture not only the meandering essence of the arabesque as an art form but also to put it in purely musical terms. Debussy described them as having ‘delicate tracery’ with ‘twining counterpoints.’

Other composers such as Robert Schumann, Cécile Chaminade, Frederick Delius, and Germaine Tailleferre wrote works they entitled Arabesque but none of their works seem to catch the elemental grace and beauty of the form that Debussy found.