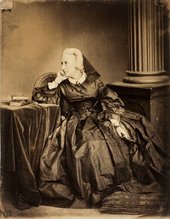 In the second volume of his “Years of Pilgrimage” (Deuxième année: Italie), Franz Liszt musically recalls some of the emotionally fulfilling days traveling in the company of his lover Marie d’Agoult. But Liszt had also, following his musical duel with Sigismond Thalberg, rediscovered his hunger for the public stage. In April 1838, Liszt rushed to Vienna to participate in a benefit concert for flood victims in Hungary. According to Marie’s Memoirs, their estrangement can be traced back to this particular event. According to Marie, his trip to Vienna was not driven by humanitarian considerations, but rather by “the prospect of cheap salon successes, newspaper glory, and the applause of the multitude.” And Franz certainly appeared to have enjoyed himself in Vienna. His letters to Marie are full of enthusiastic references to various ladies that sponsored fund-raising parties for him. Some of these letters were actually, and rather naively, written on stationary belonging to the ladies in question. Marie was furious, and at that time also seriously ill. She implored Franz to return immediately, yet he preferred to stay in Vienna for a couple more weeks. Once he actually made it back, Marie accused him of being unfaithful and called him a “Don Juan parvenu”. Franz was never entirely happy being reminded of his social status, and their relationship began to slowly unravel. They began to discuss separation. Not the end of their relationship, but that Marie might return to Paris with the children and consider a career in writing, and that he should be free to go on concert tours without question. Yet, by October 1838, Marie is once again pregnant, and Liszt bravely stays by her side. This forced happiness was never destined to last and after the birth of their son Daniel on 9 May 1839 separation plans accelerated. Franz was ecstatic about helping to raise funds for the Beethoven monument in Bonn, and Marie returned to Paris with the children. They said farewell in Florence, and Marie remarked, “I am willing to be your mistress, but not one of your mistresses.”

Marie quickly re-established her salon in Paris, while Liszt entertained himself with the soprano Karoline Unger and with Camille Pleyel — we’ll meet these two ladies in a later episode. But there was still tension between them. In a letter of January 1840, Marie jokingly asked Franz if she can be unfaithful, and is thoroughly shocked by his response. “You ask me for permission to be unfaithful! It matters little. If it is a need, or a pleasure, or simply a distraction, do it. I shall be pleased and flattered.” Marie responded, “your way of looking at things will always be incomprehensible for me. It is as impossible for me to understand as it is for a fish to fly.” But Marie was not yet done. To spite Franz, she began seeing George Sand again, which absolutely drove Chopin mad with jealously, but left Liszt unmoved. However, since her return to Paris, Marie had cultivated not only her social connections, but also furthered her literary ambitions. Her friends included Balzac, Sainte-Beuve, Eugène Sue, and Emile de Girardin. He was married to Delphine de Girardin, and the editor of the highly influential newspaper “La Presse.” He immediately fell in love with Marie, encouraged her to write for him under the pseudonym Daniel Stern, and eventually had a passionate affair with her. Now it was Franz’s turn to openly remind her of all the dazzling affairs he was currently enjoying. But Marie no longer minded, “I am pleased that you tell me about them, rather than lying about your infidelities as you have done so often in the past.” Liszt retaliated by having rather public affairs with the polish countess Eva Hanska, Charlotte von Hagen, Bettina von Arnim, Lola Montez, Marie Pleyel and Marie Duplessis; no worries, we will meet these ladies in separate episodes. In between, Franz and Marie continued to see each other romantically on occasion. However, this was about to change when in 1846 Marie published her novel Nélida under the pen name Daniel Stern. It is the story of a beautiful French heiress who surrenders everything — marriage, reputation and an aristocratic way of life — for the love of a talented young middle-class painter. Liszt publicly congratulated her on a fine literary achievement, yet personally he was furious. “You have made me suffer,” he wrote, “ wounded me blow by blow.” Clearly, Marie’s thinly disguised autobiography did not sit well with him, and he once again attempted to distance the children from their mother. He might not have bothered, as in1859 Daniel died at age of 20 of tuberculosis, and in 1862 Blandine died after giving birth at age 24. (Of course, we will meet their surviving daughter Cosima again during this series, first as the wife of Hans von Bülow, and then as the wife of Richard Wagner.) Marie died on 5 March 1876, aged seventy-one; Cosima learned of her death through the newspapers, and Franz could not be bothered.