The miracle of an aristocratic performance lies in its capacity to vaporize everything that surrounds it…
Mark Mitchell, ‘Virtuosi’ (Indiana University Press, 2000)

Earlier this year I was privileged to hear two performers who are the living embodiment of superlatives like “world class” and “greatest living pianist”. In Schumann’s Piano Concerto, Martha Argerich did miraculous things with the pacing and rubato to create a performance which felt fresh, vivid and spontaneous, but when asked to describe exactly what she did, I was lost for words. Equally, in Evgeny Kissin’s solo performance, also at London’s Barbican Hall, there was a moment when, in just two chords of a Chopin Nocturne, it seemed as if every piano concert I’d ever attended coalesced into those two chords, such was the performer’s magic. There’s something ineffable in the way musicians like Argerich or Kissin, Pollini or Uchida play. These are performers whose artistry leaves one lost for words. 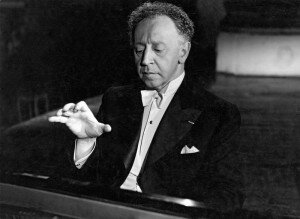 Artistry is not the same as virtuosity, which can be defined and discussed in terms which are commonly understood: accuracy, fluency, technical mastery, fidelity to the score, spontaneity in performance. It is far more difficult to differentiate between a technically masterful performance and a truly artistic one. There is no defined vocabulary to describe artistry, and so commentators, critics, reviewers et al may fall back on inadequate superlatives or clichéd metaphors. I’m listening to the pianist Keith Jarrett as I write – and I can’t explain why his playing is so good. As performances by Argerich and Kissin – and Jarrett – prove, true artistry cannot be described in words.

Artistry is about getting to the essence of the music to such an extent that the performance takes the audience beyond itself, transcending the everyday and transporting it to another place where it can dream or imagine. In these instances, the performer allows their ego to step aside so that the music can speak. This ‘transparency’ in performance is quite rare, and not all performers seek nor desire it. Some prefer to draw attention to themselves or remind us of the difficulty involved in what they are doing.

To achieve transparency artists engage in a paradox which is familiar to all those who seek true personal expression: they must master the technique and craft of their art (music in this instance) to such a point that they are free to think about interpretation, and to put art ahead of ego. This requires performers to have a certain level of humility and an appreciation that while the mastery of their art is powerful, they do not hold all the power – that lies within the music.

I feel that special secret current between the public and me. I can hold them with one little note in the air, and they will not breathe. That is a great, great moment. – Arthur Rubinstein

Once this state of interpretative freedom is reached, another facet of artistry comes into play – the control of fine details of musical nuance. Such details are not fixed by the composer/score, and though they may be implied within the text, the translation of such details into sound is reliant on the performer’s own understanding of the music. Performance is an act of producing “versions” of the music and no two performances will ever be alike. The control of nuance will determine the version the performer performs. Much of this nuance will be pre-planned, practiced, memorised, and finessed to such a degree that it sounds spontaneous in performance, but the rest comes ‘in the moment’ of performance – a genuinely spontaneous, quasi improvisatory response to interaction between performer and music, performer and audience, the responsiveness of the audience, the performer’s mood and sensibilities, the ambiance of the concert hall, the time of day….It is this kind of musical “sprezzatura” that creates those magical, “you had to be there” moments in live concerts. It cannot be planned in advance – and yet it comes from the performer’s meticulous preparation, their deep knowledge of the music, their experience and their mastery of their art.

If you are lucky enough to witness it – and you certainly won’t find it at every concert you attend – you will know it (but you might not be able to explain it), and it will stay with you and resonate for years to come. It will be the touchstone against which other performances are measured. It is there, too, for the performer, but it’s an elusive state, fervently to be desired and recreated.

At every concert I leave a lot to the moment. I must have the unexpected, the unforeseen. I want to risk, to dare. I want to be surprised by what comes out. I want to enjoy it more than the audience. That way the music can bloom anew – Arthur Rubinstein