Benedikt Fohr joined the Hong Kong Philharmonic Orchestra (HK Phil) after 12 years at the Deutsche Radio Philharmonie Saarbrücken Kaiserslautern, the Luxembourg Philharmonic Orchestra, Camerata Salzburg, and Ensemble Research Freiburg. Since 2015, he has also been the Artistic Director (Classical) of the Festival International Echternach in Luxembourg. Now he’s Chief Executive for the HK Phil and is looking forward to the years ahead.

We spoke to Mr. Fohr shortly after he took office in Hong Kong and found a man with great enthusiasm for the job ahead. We asked what appealed to him about taking up the position in Hong Kong and he said that, after many years in Europe, he was looking for a new position. He said the HK Phil was well-known in Europe, particularly through its recordings, and when he was approached by the Orchestra, he was open to their ideas. The idea of working with a Music Director such as Jaap van Zweden, who is also the Music Director of the New York Philharmonic, the appeal of the city, and the possibilities of West Kowloon all drew his attention. 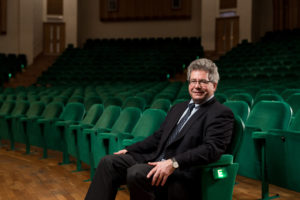 We spoke about working with a Music Director who was dividing his time between two major orchestras and Mr. Fohr indicated that this was an extremely common situation in the major orchestras of the world. Fortunately, with the rise of fast travel, we also have the rise of even faster communication – avoid that long e-mail and go directly to messages and everyone is kept in the loop of information. Information travels in both directions much more easily now! 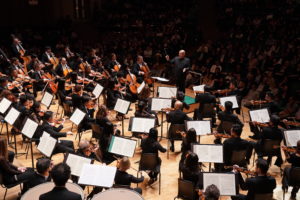 The new season of the HK Phil will center around the international celebrations of the 250th anniversary of the birth of Beethoven. All the symphonies and concertos will be part of the performance schedule for two artistic seasons from 2019/20, with soloists from local stars Rachel Cheung and Louise Kwong to international names such as Rudolf Buchbinder, Lang Lang, Nobuyuki Tsujii and more appearing on the Cultural Centre Concert Hall stage.

In terms of local expertise and local commissions, Mr. Fohr spoke about the various local initiatives the HK Phil has created to not only commission but also encourage local composers. The Robert H.N. Ho Family Foundation has generously supported different programmes organised by the HK Phil, such as the Composer-in-Residence program (2013-2017) and the Composers Scheme launched last season. The HK Phil has benefitted from this injection of young composers. Mr. Fohr wants to encourage composers to be articulate about their work and so, training is being provided via workshops on public speaking. In addition, young composers rarely have enough time with an orchestra to develop their work and so, in conjunction with rehearsals with the orchestra, the HK Phil also invited two mentors–a composer and a guest conductor, as well as the orchestra players–to work with young composers on aspects such as orchestration, orchestral colour, tempos, etc. All the elements of a work that can be re-examined to move a work from good to great are up for discussion. Few composers have the opportunity to work with a professional orchestra in their training and now the HK Phil is leveraging that access by providing depth of education at the same time. 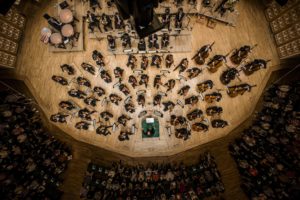 In addition to developing local composers, the HK Phil is interested in providing opportunities for local performers. Pianist Rachel Cheung and soprano Louise Kwong will be part of the Beethoven 250th-anniversary concert series and new links with the Hong Kong Academy for Performing Arts are also being forged. We can look forward to seeing more interaction between Hong Kong’s two great music institutions.

The Chief Executive is the man who keeps the whole orchestra, including the management team, up and running well, developing the orchestra’s strategic guidelines with the Board, the Music Director and the Government, to keep the HK Phil at its best. For the rest of us, the new Chief Executive is someone who will enhance what is already an outstanding part of Hong Kong’s musical life.