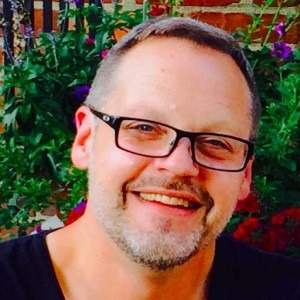 Founder of the website “Musical Toronto”, whose motto is—If You Think Classical Music is Dead, You Are Dead Wrong, John Terauds is a renaissance man and a bubbling hub of information, opinion, and insights. As a long time classical music advocate, he is someone who is on the cusp of the changing landscape for music-writers. One of Canada’s most influential voices in classical music writing he was staff writer for the Toronto Star beginning in 1988 and the classical music critic from 2005 to 2011. When the newspaper paired down their staff, Terauds had the dubious distinction of being the last English language staff entertainment writer in Canada, although he is still frequently called upon to classical music reviews as a freelance entertainment writer.

How did you decide to become a music critic?

Most of my life has been a series of accidents! Piano is my instrument and I have been a choirmaster and organist since I was seventeen. I did enroll at McGill University in Montreal but quickly realized that I didn’t want to be a performer. My degree actually, is in political science, but all my life I have been an organist, choir director, music teacher, and writer.

I spent some years as publisher of Riverbank Press, an independent small press, which published fiction. Several of our titles were nominated for the City of Toronto book awards, and four of our authors went on to successful international publishing careers. Meanwhile I wrote for Autoroute Magazine and was working as a freelance entertainment editor at the Star. Toronto had five or six concerts a week and sometimes a dozen or more on Saturday, which were all worth writing about. Of course William Littler, who was the music critic at The Star at the time, could not be at all the programs. William discovered that I had a music background, so he arranged for me to be hired to take on some of the classical music performance reviews.

Over the years of writing did you have any say in which programs you might review?

You know it is always a difficult decision. Often the choice boils down to audience numbers, stature and visibility of the performers, as well as a noteworthy program, perhaps one that is featuring a premier. I was always aware of the opera review that say would have twelve shows of the same program, versus the one off performance. The viewpoint and writing would be very different. Now I am most intrigued by groups that have devoted followings. These groups, and they may be amateur ensembles, have made strong connections and form a community with audience members who are committed to that art form. I like to help promote their efforts. For example the Pax Christi Chorale in Toronto is an amateur choir of 100 members and they have become one of the most popular choruses. They focus on specific repertoire—the music of our time—new pieces, or more unknown works offering a fresh perspective to 20th and 21st century choral works, music still couched in the ancient tradition of choral singing.

It’s also exciting to review a truly artful and unusual CD. For example recently I reviewed Canadian pianist Marc-André Hamelin. Besides phenomenal artistry, bravery is his hallmark. He recorded an over three hour CD of the music of pianist-composer Ferrucio Busoni (1866-1924). Busoni wrote a lot of original pieces, most of them technically demanding and the pieces seem to be searching for new ways of depicting emotions and narrative in music. This album is mostly about Busoni’s most fevered, middle-aged imagination and Hamelin’s wholehearted, no-holds-barred wrestling with the music. As studies in what is possible at the limits of tonal musical expression, there is nothing like what we get here. And it’s hard to imagine anyone doing it better than Hamelin.

I understand choral music is one of your passions!

All my life. I recently left a position as Minister of Music and Parish Administrator at St Peter’s Episcopal Church in Bennington, Vermont, and beginning in January of this year I became the Music Director and Parish Administrator at St Hilary’s Church in Toronto. Choral music is alive and well. A case in point is the annual December Messiah dueling performances. Every year, the Toronto Symphony and Tafelmusik present their multiple nights of George Frideric Handel’s 1741 masterwork at exactly the same time, inviting comparison.

Packed houses with many younger audience members prove to me that large performances of an 18th-century English oratorio are thriving in 21st-century Toronto—10,000 people go to hear the production at Roy Thomson Hall while 6,800 attend at Koerner and Massey Halls. It’s long been a seesaw battle and fascinating to compare the two productions offering compelling views, dramatic contrasts, powerful yet lyrical vocal singing, and precision from the orchestral musicians.

You have branched out into becoming a Webmaster, and you write blogs, review CDs and recordings, as well as write reviews. How do you keep up?

After leaving the Toronto Star it bought me a year to make a go of the blog. I founded Musical Toronto in 2012. I gave my absolute all from morning to night. Exhausting! Then the opportunity to go to Vermont came up. I have been the editor emeritus since 2015, and still write blogs as a guest. In the old days one would receive $875. for a review as a staff critic. Now there is infinite space to write, due to digital media, but print media can’t afford to pay more than $50. It’s the same thing for a website. Despite the global reach and even if the site sells ads, they won’t pay for reviews. And today anyone with something to say can say it. But I believe that strong voices still count. After some soul-searching I have decided that it’s okay to be a full-time critic on a part-time salary. It’s very important to support a lively conversation and colorful debates about music as a knowledgeable and focused audience is what we hope for as performers.

Do you see that blogs have the same or more power as print criticism or is it a different effect, from the standpoint of informed audiences? Is music criticism important?

My goal is to stimulate discussions as an audience member would with someone they attended the program with—questioning the approach, the new elements or different perspectives a performer has brought to the repertoire, a particularly moving interpretation. I’m hopeful about classical music’s future. I will continue to put out thoughts and they will ebb and flow. People will share them and eventually these ideas will get to people who haven’t thought about it in that way before. It’s like throwing seeds into a flowerbed hoping it grows. Any criticism will raise awareness of the art form itself. It’s an eye-opener for audiences. We can provide a perspective, and more important perhaps, a context. The public has less and less context as they are not being exposed to the arts enough. Sometimes though, I wonder if this blank slate may be a good thing. To these new listeners it’s all new and exciting. A person who hasn’t had exposure can simply appreciate it as it happens. Are they more open-minded, with open ears?

How do you prepare before you write a review?

If it’s a new work I try to get the scores. One listen to a new piece is not sufficient. Or I will listen to a recording especially of a work that isn’t so familiar to me. Often I will research what other work the performer is doing. One can never avoid comparisons and I am cognizant of what has been done before by them or others.

Is there a memorable performance that you can tell us about?

I think I have attended upwards of 3,000 performances. The level of music making is so high that there are not many bad ones.

What are some of your favorite works to listen to?

Recently I listened to Mendelssohn’s Elijah for the first time in twenty years. Oh my goodness what an incredible piece, and so innovative for its time. Another favorite is the truly magnificent Preludes and Fugues of Shostakovich 1951. They are very lyrical. I’m a fan of John Adams especially his Nixon in China—such beautiful complexities, sudden shifts of colors and harmonies and of late I have fallen in love with Poulenc—his art songs and choral music, his solo piano music like the Eight Nocturnes. It is wonderful work and proof that you can spend 200 hours on a piece and still find new things to engage you.

Shostakovich at the piano!

Keep at it. The more you practice the better you get at it, and your insights will be more illuminating. Music writing takes a great deal of perseverance so you should have a natural affinity for it and love of the art that will fuel and improve your criticism. That said; Don’t quit your day job!

Have a look at this wonderful classical music site.