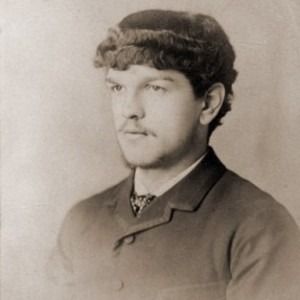 One of Claude Debussy’s earliest large works, L’enfant prodigue (The Prodigal Son) won first prize in the “Prix de Rome” competition in 1884. Composed for soprano, baritone, tenor and orchestra, Debussy built his cantata on a text by Édouard Guinand.

Claude Debussy: L’enfant prodigue
Based on the biblical parable of the Prodigal Son, Lia laments the absence of her prodigal son Azaël, who became an outcast after leaving home to pursue worldly pleasures. Her husband Siméon is weary of her constant thinking of Azaël, but after a dance of villagers, Azaël enters and is joyfully reunited with his mother. Lia urges Siméon to forgive and welcome him home. Eventually Siméon relents and calls for a feast of celebration and singing praises to God. The work initially earned Debussy the highest award attainable by a student composer in France. However, the mature Debussy looked with considerable scorn, if not outright ridicule, upon some sections of the work. He even called it “utterly boring.” We should not forget, however, that Debussy initially composed the piece in 3 weeks, the time period stipulated by the “Prix de Rome” competition. With a bit more time on his hands between 1906-1908, and at the insistence of his publisher, Debussy went to work and undertook some major revisions. Out of a total of nine movements, he composed a completely new fourth and fifth movement. However, Debussy retained Lia’s aria, which had been immediately successful. This early Debussy score clearly sounds the musical influences of Massenet and Delibes. Furthermore, he uses leitmotivs associated with the three characters, and a then-recent exposure to Russian music accounts for the exotic elements in the score. Debussy was only 22 when he wrote the original work, yet his harmonic and contrapuntal imagination is thoroughly confident and assured. The score reveals expert orchestration, but this might have been an element Debussy touched up during the process of revision. Despite the ordinary text and the hurried circumstances of compositions, L’enfant prodigue was a solidly practical step in the direction of becoming a highly successful dramatic composer.