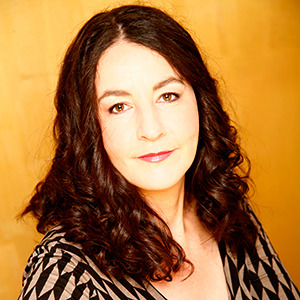 ‘What is the need for music criticism?’ ‘Does writing for a blog differ from print?’ ‘Where’s the future of writing about music?’ These are just some of the questions whirling round my helmeted head as I cycle through Hyde Park to meet Jessica Duchen, someone who can hopefully shed some light on the situation, having successfully set up a widely-read blog, written for the Independent, BBC Music Magazine, Pianist Magazine, Classical Music Magazine, and the Strad, in addition to the Arts Desk and Critics Circle websites.

Jessica always wanted to be a writer – she started writing novels when she was 12. ‘They weren’t good, but I finished them!’ she laughs. Her real “first novel” came out in 2006 and her fifth novel, Ghost Variations, (written over the past five years) is due to be published on 1 September, to add to her work as a novelist, playwright, and author of magazine articles, reviews, and her blog which attracts around 40,000 visitors a month.

With her reviews for the Arts Desk and Critics Circle, a list of options gets sent round, and critics sign up to their concert(s) of choice.

Jessica can often be seen reviewing piano recitals, not least because of her days as a piano student of Joan Havill while reading music at Cambridge. Her understanding of the technique of the instrument from the performer’s perspective gives her reviews a directness, shunning empty metaphors in favour of a consequently fresh, precise (and entertaining) writing style.

Being sufficiently knowledgeable about your subject cannot be stressed enough by Jessica: the substance has to back up the style.

‘I try not to sign up to review something that I am fundamentally out of sympathy with and therefore not knowledgeable enough about.

This comes not from superiority, but from a genuine love for the repertoire being reviewed, and a desire to do the job properly. Her advice to aspiring writers rings the same:

‘Know what you’re talking about: don’t take pride in the fact that you know nothing about what you’re doing, because there are some writers who are putting themselves out there as supposed voluntary critics who take pride in the fact that they have no musical education whatsoever, and,’ she grasps her head in her hands, ‘why would I read someone who doesn’t know more than I do?

‘I don’t think there’s anything wrong with going and writing about it, but just don’t set yourself up as someone you’re not. You’re an enthusiast, you have something worth saying, and that may be nicely expressed and worth reading, but they’re two different value systems.’

‘I think there’s a lot of piano playing around that shouldn’t be as celebrated as it is, and sometimes the really fantastic people aren’t as celebrated as they should be, because people are taken in by this crash bang wallop nonsense.

‘I remember András Schiff saying in a masterclass, ‘Don’t hit the piano, it hits back!’ He was talking about beauty of sound. Sometimes I go to concerts and it hurts my ears, and I feel that is bad piano playing. A lot of people don’t mind this, but then they go and hear the incredible Radu Lupu and think he plays too quietly.

‘It’s quite important to cover significant artists who are not necessarily going to get covered when too many ‘bigger’ events compete for space. Simon Trpčeski gave a Wigmore Hall concert which I went along to and reviewed for the Arts Desk, but there’s no guarantee that a concert like that is going to have the attention it deserves in the mainstream music press.’

Jessica’s blog gives her the freedom to do just that – and often allows space for certain articles to breathe.

‘In the Independent, in the old structure – before the newspaper changed into a website –there would be one big review a week at 400-500 words, and then a couple of others at only 200 words. In a way, it’s a good exercise because you really have to get to the essence of it fast – you can’t just waffle.

‘Features can be another matter. I once went to Budapest to interview Ivan Fischer, who’s someone I really admire. He’s got one of the most creative minds around. On the blog, I ran that interview at 2300 words, because I think he’s worth that length. It is hard now to find a print outlet that will take an interview of that length.

Aside from this, is the blog constructed in any particular way?

‘It’s not. It really isn’t planned at all. Some people are incredibly systematic about their blogs, but I started my blog on a whim, actually by accident, in 2004 when blogs were still pretty new things.’

Accident or not, it’s grown to be a much-followed significant site, with a mixture of reviews, interviews, and opinion pieces. What’s the purpose for the blog nowadays?

‘It’s cheaper than therapy! It didn’t really have a purpose. What has become its purpose, as I see it, if there is one, is that I’m trying to keep it as a voice of reason in a crazy world.

‘I don’t particularly care about my hits. I’m after trying to hold dear the things that I really value in music, in musical approach, and try and make sure those things still have a way of getting out there amid all the noise and the trolling.’

This digital democratisation of which Jessica speaks has certainly thrown into question the authority of criticism, blowing the traditional models of professional writing wide open, allowing anyone to Wix their way to a disseminative independence hitherto unknown.

‘I think there’s more need for high-quality music criticism than there’s ever been, because there is so much stuff available, and there are so many people writing on the internet – some are very good, but many are less so. I think there’s a huge need for people who know what they’re talking about, and who can express it in a literate way.’

This is all well and good – but how do we reconcile this in an age where, in Jessica’s own words, ‘things are moving very much towards the net, and towards paying writers less and less’?

‘A few years ago, I was involved in Classical:NEXT, a trade fair that’s been running for about five years. The first one they had was in Munich, and I was on a panel about the future of music journalism. My fellow panellists were both magazine editors, and they both passionately defended the integrity of print, and the importance of having editorial planning and editorial eyes, subeditors to check the facts, good design, proper credits, proper payments, and they were absolutely right.

‘But then someone in her early twenties from New York in the audience put her hand up, and she said, ‘Look, that’s all very well, but my generation reads online and expects everything for free. What are you going to do about it?’ And it’s very difficult to fight that demand.

‘Part of the problem that the Independent and the Guardian have, for example, is that they don’t charge for their online content, and I think they really have to start doing so sometime soon. The Times does, the Telegraph does, even the Arts Desk charges a small subscription. I just think there are two things that would have made an enormous difference to our world when the internet was set up: firstly, that you couldn’t give things away for free, and secondly, that you couldn’t be anonymous. We’d have a very different world.’

The anonymity of the internet is a large source of frustration (and worse) for many, and trolls inhabit the murky waters of the comment sections even of classical music articles. Jessica has disabled comments on her blog: ‘there’s still no way from preventing people from using pseudonyms. I don’t want to give a platform to trolls – there are enough of them out there already.’

Of course, this doesn’t quell the flow of irate messages that sometimes trickle into Jessica’s inbox.

‘It’s a funny world, the blogosphere. There’s a lot of jealousy and back-biting from people where I think ‘What the hell did I ever do to them?’ In the end, you just have to put it down to jealousy. They’ll twist your words to make it look like they’ve got the moral high ground. It’s unpleasant, but you can’t stop them.

‘I remember writing a review of an absolute car crash of a piano recital at a very famous festival that is a big deal for artists and audiences, and is expensive to go to. And this guy sounded like he was sight reading! It was famous repertoire that I knew very well and which I had played, so I knew where he was going wrong, and I honestly thought the audience was being swindled.

‘I gave the concert two stars, and I got a really snide message from, as usual, a disgruntled old man, saying he didn’t like the tone of my review. I wrote back saying that I guessed he wasn’t there, and if he’d like, we could get together and I’d take him through every bar of those pieces and show him exactly what the pianist did, exactly which semiquavers he was scrambling…’

Thankfully, not all performances Jessica reviews end up with pistols at dawn. Contrary to our (mostly outdated, at least in Jessica’s case) popular opinion of music critics as acid-tongued, pen-wielding, brow-furrowing fusspots, they have memorable experiences in the concert hall much the same as you or me.

‘I remember Gregory Sokolov coming to the Queen Elizabeth Hall, and he played the Chopin Polonaise-Fantasie: it was mind-blowing, absolutely mind-blowing. There were significant critics in tears. You just didn’t realise that piece could sound that way.

‘The other thing that I’ll probably remember on my deathbed is a Lieder recital I went to in Vienna’s Musikverein, given by Jonas Kaufmann. You think of the Viennese audiences as being fairly staid – nope! They were on their feet stamping and yelling by the end. My husband and I were both moved to tears by his singing.’

Even if the voices of reason occasionally get lost in the din, or the irate audience members take to the web to voice their complaints, what Jessica conveys with her passion is the thing many forget: the reason why critics write in the first place. No matter how snappy the language (or snarky the comments), we and critics share the same ears, the same emotions, and the same desire to hear some of the most beautiful things in existence today. Even the two-star performances…