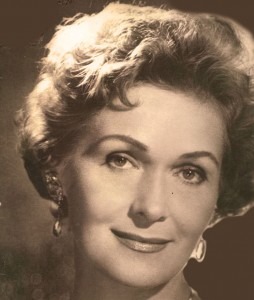 In his great spate of lieder writing, the last great collection Hugo Wolf (1860-1903) took on was the Italienisches Liederbuch, translated by Heyse and Geibel, the same translators of the Spanisches Liederbuch. This collection of poetry is translations into German of texts from 11 different Italian sources dating from 1829-1860. It’s an enormous collection of over 375 poems, divided into various sections: 135 ‘Rispetti,’ which come from a variety of Italian regions (Umbria, Liguria, Piedmont, Tuscany); 54 ‘Vilote,’ which are popular songs from Venice; 127 ‘Ritornelle,’ divided up by regions; 24 ‘Volksballaden,’ divided by original poetic source; 24 ‘Volksthümliche Lieder,’ also divided by source; and finally 12 poems from Corsica. The entire volume ends with 14 melodies linked to certain poems in the collection. The collection was published in 1860. The majority of the works are love poems.

Hugo Wolf set the poetry in two parts: one set of 22 poems in 1892 and the second set of 24 poems in 1896. The collection is not a song cycle but rather a collection of songs from a single source. There’s no overarching storyline, such as we saw in Schubert’s Die schöne Müllerin or Schumann’s Frauenliebe und –leben.

One of the greatest recordings of the 46 songs as a whole was done by Dietrich Fischer-Dieskau and Elisabeth Schwarzkopf in the 1960s, with Gerald Moore at the piano. Since the poems are from either male or female points of view, this pairing worked well.

One song in particular that Schwarzkopf’s performance comes through on is No. 11. Wie lange schon. She yearns for a musician as a lover and her boyfriend plays the violin. This is all very good, but then we hear in the conclusion by the piano just what kind of musician that violinist is. When you listen to the song again, you reinterpret her performance: she’s not happy about this lover, she’s bored and he’s excruciating.

Wolf: Italiensches Liederbuch: No. 11. Wie lange schon (Elisabeth Schwarzkopf, soprano; Gerald Moore, piano)
A happier song is No. 19. Wir haben Beide lange Zeit geschwiegen (We have both been silent a long time). She speaks of the fact that they have been silent because they have been divided by war – the angels of God have brought him back, brought her peace, and speech has come back to them as well. The song goes from a recitation on a single note, reacting dissonantly with the motion in the piano, to an expressive intimacy on her lover’s safe return. 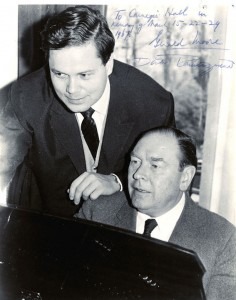 The men’s songs, as sung by Dietrich Fischer-Dieskau, are a kind of miniature perfection. From the first song, Auch kleine Dinge (Even little things), an appreciation of even the smallest parts of nature. The perfection of a pearl and the scent of a rose delight us.

No. 1. Auch kleine Dinge (Dietrich Fischer-Dieskau, baritone; Gerald Moore, piano)
Most beautiful love song is No. 3. Ihr seid die Allerschönste weit und breit (You are the loveliest of all things). He says she’s more beautiful than all of nature: lovelier than the flowering meadows in May, more beautiful than the fountains at Viterbo, and so beautiful, full of charm and grace that even the cathedrals of Orvieto and Siena must bow down to her.

No. 3. Ihr seid die Allerschönste weit und breit
The last song for the man seems to be a complete change in style – almost a recitative in its presentation. He speaks to his absent lover, asking her if she knows how much he suffers for her as he waits for her on her doorstep. He is drenched in rain, lighting is all around, and, clearly she is not.

No. 44. O wüßtest Du, wie viel ich Deinetwegen
What came next for Wolf was a tragedy: five years after completing this collection his syphilis drove him insane and he spent his last years in an insane asylum.