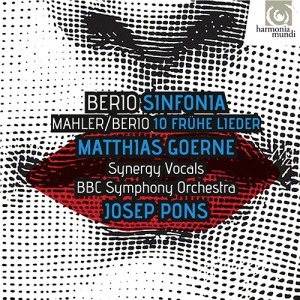 ‘It seems to me that Mahler has the whole history of music in his care’, wrote Berio in 1978, ten years after producing the supreme masterpiece Sinfonia. Logically enough, since its patchwork-like third movement is a monument to the glory of the emblematic figure of post-Romanticism, but also of other great symphonists of history. A few years later, Berio went on to orchestrate a number of songs on texts from Des Knaben Wunderhorn (which Mahler had scored for piano and voice) – as if they had been written at the time of the Kindertotenlieder! A symphonic backcloth tailor-made for a great baritone voice like that of Matthias Goerne.