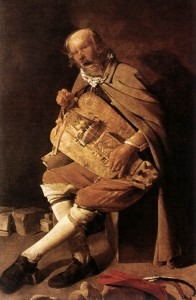 After the simple joys and fatal ending of Die schöne Müllerin, the feeling of Winterreise comes as an interesting change. This time, Schubert set all 24 of the verses written by Wilhelm Müller. The cycle was first published in 1823 by Müller as part of his Gedichte aus den hinterlassenen Papieren eines reisenden Waldhornisten (Poems from the Posthumous Papers of a Traveling Horn Player) poetry collection. Müller published the poems in two parts, first 1-12 (as set by Schubert) and then the last 12, but then also reordered the whole cycle. If you reshifted Schubert’ setting to follow Müller’s final version, the numbers would run 1–5, 13, 6–8, 14–21, 9–10, 23, 11–12, 22, 24.

The cycle is about lost love: the poet leaves the beloved’s house in misery, has a rebirth of hope, and then ends in loneliness and despair. The mood throughout is somber and dark. We are in the depths of the cold and dark of winter (the cycle’s title means ‘Winter’s Journey’) and in the midst of heartbreak and despair. Müller’s poetry gives Schubert a lot to work with and he makes the most of what is there. He uses the piano to express the poet’s moods and for environmental sounds: the wind, a rushing storm, water, dogs, a posthorn, and, at the end, a hurdy-gurdy. 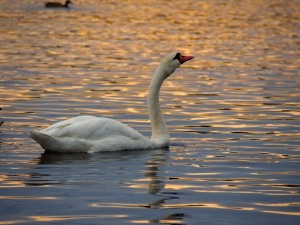 The final song collection in Schubert’s life was actually issued after his death. The Schwanengesang (Swan Song) contains setting of poems by three poets: Ludwig Rellstab (1799–1860), Heinrich Heine (1797–1856), and Johann Gabriel Seidl (1804–1875). The collection was put together by Schubert’s publishers, Tobias Haslinger, and the title clearly was Haslinger’s notice to the world that this was Schubert’s final musical statement. The whooper swan is supposed to sing a beautiful song at its death and this has become a metaphor for a final gesture before death. It seems clear that Schubert had no intention of publishing these settings of the three poets in one collection and that the order we now have them in is different than Schubert had originally established. Many of the songs are of love: unhappy love, longing for a distance loved one, sending messages to the lover who broke his heart, and so on.

Schubert: Schwanengesang, D. 957: 1. Liebesbotschaft (Thomas Oliemans, baritone; Malcolm Martineau, piano)
13. Der Doppelgänger
14. Die Taubenpost
Schubert’s song settings changed the German lied forever. He made emotion a requisite for the singer and not simply a vehicle for the poet’s words. He brought the piano into the song as an active character that offers commentary on the words, provides the background sounds, or is the vehicle for the poem’s sensibilities. Lieder are no longer simple strophic setting of words, but complex realisations of the poem’s / poet’s feelings and hopes. When Schubert died at age 31, he left a legacy of over 600 songs, 7 symphonies, sacred music, operas, incidental music, and a large body of chamber and piano music. During his life, he and his music were really known only to his friends in Vienna but over the past 2 centuries, he has been come known everywhere and is rated as one of the greatest composers of the late Classical / early Romantic era.