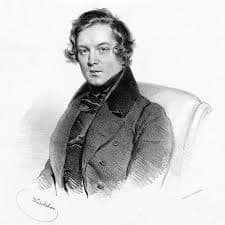 When it comes to lawsuits filed by composers, none is more famous than Robert Schumann’s petition for the right to marry his sweetheart Clara Wieck. The lovers had been kept apart for some time, and on 9 April 1839 Clara wrote an alarming letter to Robert warning him that her father was threatening to disinherit her, and that he was ready to initiate “a legal process against us both that could take 3 to 5 years, unless I let go of you.” Frightened by this turn of events, Clara consulted a French attorney, and signed an affidavit giving Robert legal power-of attorney. Schumann in turn gave this document to his own attorney in Leipzig, with instructions to attempt an out-of-court settlement. Initial negotiation with Wieck on 2 July 1839 did not reach an agreement, and as such, the matter had to go to the courts. Schumann was extremely pessimistic, writing alarmingly to Clara.” Now all hope has disappeared. All of this has affected me so deeply that if you had been with me yesterday, Clara, I would have been ready to put you and me to death.” 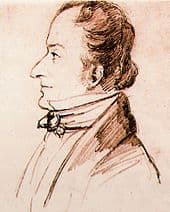 Finally, on 16 July 1839 Schuman officially filed his complaint against Wieck, and the court ordered him to appear with Clara and her father for a preliminary attempt at reconciliation. Clara’s father, claiming that business obligations made it impossible for him to attend, boycotted the scheduled hearing. And he made it clear that under no circumstances would he ever consent to the marriage anyway. Having reached in impasse, Clara left for Berlin to stay with her mother. In the meantime, Wieck was trying to reach a settlement with the Leipzig court. He suggested that Clara could get married on the condition that everything she had earned in seven years of concertizing was given to her half-brothers. And he wanted Clara to pay 1,000 Thalers for storing her piano and belonging at his house. He also demanded an 8,000 Thalers guarantee from Schumann, in case the marriage failed. Then he filed for the reconciliation conference to be held after all, but once again failed to appear. 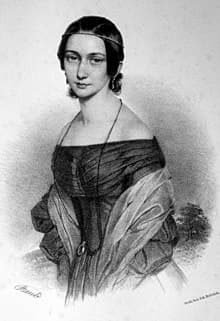 On 14 December Wieck filed yet another appeal, formulating two questions for the court. Do Robert and Clara have the financial means for a successful marriage, and do they have the personal capacity for a happy union? For ten years, Wieck wrote, “I have observed Schumann closely and he is unable to support himself, has squandered his inheritance, and was lazy, unreliable and conceited, a mediocre composer whose music is unclear and almost impossible to perform.” Wieck went so far as to aver, “Schumann had paralyzed one of his fingers and made it useless through stupidity, defiance, and senseless conflict.” In addition, he is an alcoholic, has been drinking in public beer and wine every night since his youth, and he really didn’t love Clara but only wanted to exploit her. Wieck had obtained some of this damaging information through personal observation, but he had also broken into Clara’s locked letter-box, and read her private correspondence, copied it, and now used it to try and prevent their marriage.


The judge swiftly ruled that permission to marry would be denied if there were proof of Schumann’s financial irresponsibility and alcoholism. Wieck was given until 4 January 1840 to gather the necessary evidence and Schumann escalated his defense. He presented documents from the Leipzig police and town council describing him as a quiet and decent citizen. When the court reconvened, all charges against Schumann were dismissed except that of alcoholism. Wieck handed in another disputation on 28 January 1840, considering Schumann unfit for marriage because of his financial status. He also circulated printed copies of his legal testimony in every city Clara was preparing to visit for concerts that year. Schumann nearly gave up the fight, asking Clara, “can nothing be done to save us from such nastiness?” But the legal process rolled on, Mendelssohn and Ferdinand David had been lined up as witnesses. In the meantime, Schumann desperately tried to persuade the court that he would have no difficulty earning the minimum amount of money Wieck was demanding for Clara. Several months were yet to elapse before the court made its decision, and after all was said and done—including a good deal of composing—Robert Schumann married Clara Wieck on 12 September 1840, the day before her 21st birthday. Had they waited another day, they would no longer have required her father’s consent. Call this one case closed and a victory for love!