Helping audiences to feel the deep connection with music and musicians 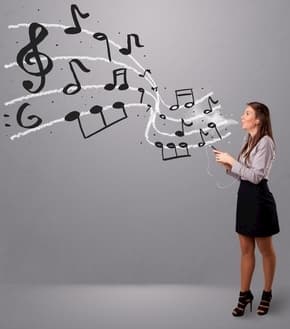 Musicians are often praised for their ability to “communicate” – through the sounds of music and the accompanying physical gestures in performance which help “tell the story” of the music or suggest certain moods or characters. The greatest musical communicators create transcendent, in- the-moment experiences which take us out of our everyday lives, and give us vivid, treasured memories to which we return time and time again. And because of the powers of their communication, we revere the great musicians as we might revere great athletes, who embody “that exquisite hybrid of animal and angel” (David Foster Wallace), that we average music lovers and amateur players can never hope to achieve ourselves.


It can therefore be a disappointment to discover that while some musicians have exceptional non-verbal powers of communication, when it comes to talking to their audiences, they are not so adept. This may be in part due to the weight of tradition, in which until fairly recently classical musicians did not generally talk to the audience, and a hush reverential silence was expected of the audience from the moment the musicians entered the stage. It was almost as if speaking about the music might somehow tarnish its transcendence and interfere with the very serious business of listening to classical music. Tradition concert hall design and audience seating tends to support this further: at London’s Wigmore Hall, for example, a brass rail runs across the front of the stage, creating a physical as well as a mental barrier between musicians and audience – a very palpable sense of “us and them”.


Fortunately, the strangehold of tradition is loosening and now it is almost de rigeur for musicians to talk to the audience. One of the great buzzwords in classical music now is “audience engagement” and one way in which to engage with your audience is to talk to them. 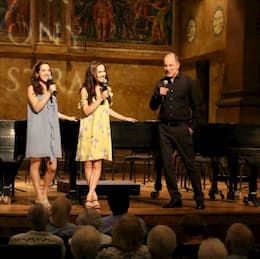 Speaking about the music can create a powerful, and memorable, bond between audience and musician before any actual notes are played. This requires special communication skills in itself; it is not sufficient to just repeat the programme note by way of an introduction to the performance.

Audiences in general have a great curiosity about the musicians’ connection to the music they choose to play and sharing personal insights about the music provides audiences with another dimension to the music. Some musicians like to set the music in context, give some historical background and suggest certain highlights or motifs the audience might like to listen out for. This approach can be particularly helpful when performing contemporary music, which may not be immediately accessible, and is a very helpful point of entry in the listening experience. Explaining why a certain piece is particularly meaningful offers a more personal view of the music and may even influence the way the audience listens to and connects with music and musician. It’s also a way of helping audiences see the piece through the eyes and heart of the musicians.

When speaking to the audience it is important to also “know” your audience and to choose your words accordingly, but one thing most audiences have in common is that they are smart, curious and often opinionated. They don’t like being reminded of what they don’t know, nor do they want the concert experience to be dumbed down. Fundamentally, they want to feel a deep connection with the music and musicians, so make eye contact – don’t just read from a prepared script – and create a sense of involvement from the outset.