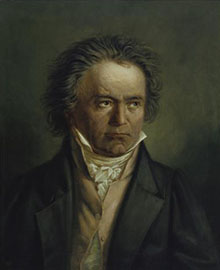 On occasion, it’s rather difficult trying to get along with your siblings in law. Just ask Ludwig van Beethoven, who was involved in a bitter custody battle with his brother Carl’s widow, Johanna. It all kicked off in 1815, and the object of contention was custody of Beethoven’s nephew Karl, who was nine years of age at the time. The matter became so important to Beethoven that his last ten years were dominated by an obsessive devotion to his nephew and by the bitter struggle with his sister-in-law to obtain sole legal responsibility for the boy. Although Beethoven had been through various relationships, he never married and never established himself in a domestic situation. Winning custody of Karl was to remedy this omission in his life, with a biographer commenting, “Beethoven’s love for his nephew was merely a blind, irrational, pitiful attempt to make at least one point of contact with that warm human world from which he was shut out.” 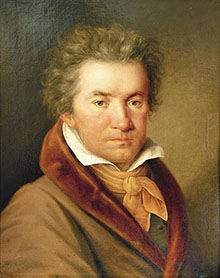 Two days before his death, Beethoven’s brother Carl made a will appointing Beethoven guardian of his son Karl. Yet on the day of his death, he cancelled his instructions and made the boy’s mother co-guardian. The dying man wrote, “God permit my wife and brother to be harmonious for the sake of my child’s welfare.” It was not to be, as four days after his brother’s death, Beethoven submitted a petition to the Imperial and Royal Landrechte of Lower Austria, claiming that he could produce “weighty reasons” why Johanna von Beethoven should be excluded. The court ordered Beethoven to produce such reasons, and he knew that Johanna had previously been convicted of embezzlement and making false accusations. So he applied to the Magistrate dealing with civil and criminal cases for commoners and received a copy of the legally attested charges against Johanna. It swayed the courts, and on 9 January 1816 the Landrechte appointed Beethoven the sole guardian of the child.


On 2 February, Karl was taken from his mother and entered into a private school as a boarder. Beethoven had little difficulty in persuading himself that Johanna was morally unfit, calling her the “Queen of Night” and suggested that she was a prostitute. Yet he felt guilty about restricting the mother from seeing her child. The courts agreed that Johanna should visit her son at hours and places that Beethoven sanctioned, and Johanna herself made two petitions to the courts. The first claimed that Beethoven was unable to be a proper guardian because he was deaf, a charge that was dismissed. The second petition, also rejected, asked for permission to place the boy in the Imperial Royal Seminary. At the end of January 1818 Beethoven withdrew Karl from the boarding school and took him into his home, engaging a private tutor. In December 1818, however, Beethoven’s servants reported that Karl had been abusive and that he had stolen some household money. Beethoven became enraged, and Karl ran away to his mother’s house. 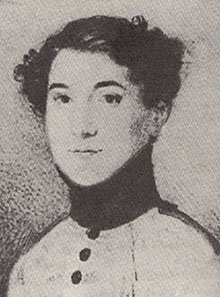 Johanna saw her chance to regain custody, and engaged a relative with legal training, Jacob Hotschevar, to present a series of petitions. The first two were rejected, but during a further hearing Beethoven inadvertently blabbed the fact that Karl was not of noble birth. He was forced to concede that neither he nor his late brother had ever had documents to prove their own nobility, and since the Landrechte courts were confined to the nobility, they transferred the whole matter to the Vienna Commoners Courts. Beethoven was embarrassed, and the Commoners Courts were clearly more sympathetic to Johanna. They suspended Beethoven’s guardianship, and Karl returned to his mother. And it was also decided, since the boy “had been tossed back and forth like a ball,” that Johanna should remain as legal guardian. With the help of a qualified friend, Beethoven prepared a 48-page draft memorandum, denouncing Johanna and defending his own conduct and educational policies. Beethoven, playing on his connections to Royalty, slyly lobbied the courts, and on 8 April 1820 the Court of Appeal upheld Beethoven’s petition. Johanna appealed to the emperor against the decision, which was rejected three months later. After more than four years of legal battles, Beethoven finally had won the case. However, that victory came at a price, because the years of legal struggle were almost completely barren in respect of completed major works.