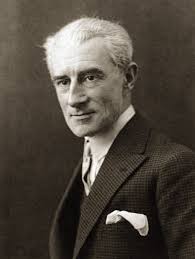 It has been said that a performance of Ravel’s Bolero begins every 10 minutes somewhere in the world. The Russian dancer Ida Rubinstein, a close friend and financial supporter of Ravel, commissioned the piece. Originally, it was part of a ballet production and first performed on 22 November 1928 at the Opéra Garnier in Paris. Ravel became the most stringent critic of his own work, and in July 1931 he explained, “It constitutes an experiment in a very special and limited direction, and should not be suspected of aiming at achieving anything different from, or anything more than, it actually does achieve. Before its first performance, I issued a warning to the effect that what I had written was a piece lasting seventeen minutes and consisting wholly of orchestral tissue without music—of one very long, gradual crescendo. There are no contrasts, and practically no invention except the plan and the manner of execution.” Yet, the public immediately embraced the composition and Bolero has become one of the most popular and recognizable pieces of classical music in the world. 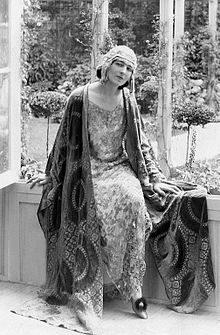 The popularity of Ravel’s Bolero can also be gauged by the fierce legal battles over copyrights that it has inspired. Ravel died unmarried and childless in 1937. His estate and all future royalties were granted to his brother Edouard. With royalties aplenty, Edouard and his wife moved into Le Belvédère and enjoyed a lavish lifestyle. Everything was proceeding according to plan until the couple had an automobile accident in 1954. Needing constant medical supervision and daily physical therapy they hired the nurse and masseuse Jeanne Taverne and her husband Alexandre, who had previously worked for them as a chauffeur. When Edouard’s wife passed away, nurse and chauffeur permanently and swiftly moved into Le Belvédère. In 1957 Edouard traveled to Paris to participate in festivities related to Ravel’s 20th anniversary of his death. On that somber occasion, Edouard proudly announced that eighty percent of all royalties accrued from performances and sales of Ravel’s music would be granted to the City of Paris. Edouard even suggested that a “Nobel price for music” should be established with these proceeds. It was all for naught, however, as Edouard inexplicably changed his will and decreed that Jeanne Taverne would be the solo beneficiary of the Ravel estate. Ravel’s long-time publisher Durand pleaded with Edouard to change his mind, but to no avail. 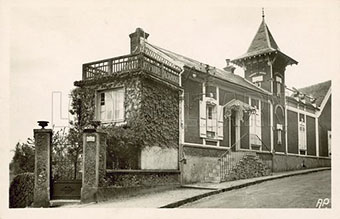 When Edouard died in 1960, heated legal battles were fought between the Taverne family and Ravel’s distant relative in Switzerland. The battles were fought in the French courts and lasted for the better part of a decade. Jean-Jacques Lemoine, legal director of SACEM (Society of Authors, Composers and Publishers of Music) had managed to secure an injunction freezing all of Ravel’s income for the duration of the trials. In 1970 the Taverne family won the court case, and all money—including the frozen assets—were granted to Alexandre Taverne, whose wife had died six years earlier. Jean-Jacques Lemoine, in the meantime, had resigned from SACEM and established a legal firm representing Alexandre Taverne. Both now sued the publisher Durand for complete rights for the performances of Ravel’s compositions. Lemoine established the company ARIMA (Artist’s Rights International Management Agency) to handle the money. Alexandre Taverne, in turn, gave a percentage of his rights in ARIMA to his new wife Georgette in 1972. This in turn inspired a new lawsuit, as Georgette’s daughter claimed that neither her mother nor herself had ever seen any money from ARIMA. That company, in fact, is a conglomerate of two or three firms located offshore first in Gibraltar and later in the Virgin Islands. All that means, that the whereabouts of the money cannot be confirmed at all. What’s all that buzz about, you ask? Well, it has been estimated that Bolero alone has generated upwards of 57 million US Dollar in royalties since 1960! 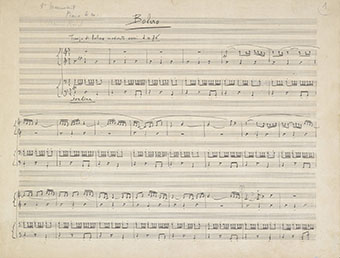 Bolero should have entered the public domain in 2008 since EU copyright generally lasts 70 years after the death of the creator. By a quirk of French law, an extra eight years and 120 days is added for musical works that have directly or indirectly suffered from the effects of WWII. Once that extension had expired, and with so much money at stake, the copyright holders tried to stop Bolero from entering the public domain using the old co-author trick. That particular legal maneuver originated with the Diary of Anne Frank, claiming that her father Otto Frank, who had first published his daughter’s diary and notebooks with a prologue assuring readers that the book mostly contained his daughter’s words, should be considered as a co-author. This legal maneuver has the practical effect of assuring that copyright protection would last until the end of 2050, since Otto Frank died in 1980. In terms of Ravel’s Bolero, the challenge stems from the fact that it was originally a score for a ballet. The challengers claimed that the credit for its conception in 1928 should also go to the original choreographer, Bronislava Nijinska, and director and scene-maker, Alexandre Benois. Since Benois did not die until 1960, his copyright would extend for another two decades. Naturally, the owners of the copyright were keen to continue receiving that nice flow of tax-free money for doing precisely nothing. Although it might be difficult to believe, but there are still happy endings in the world of music. All legal claims were eventually rejected and Bolero proudly entered the public domain in 2016.