Composers Inspiration
Classical Music and Wine
“Either Give Me More Wine or Leave Me Alone”
by Georg Predota October 7th, 2018 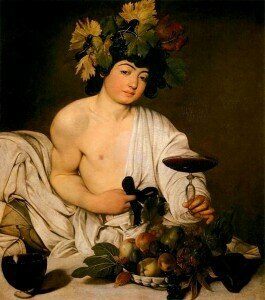 In Greek mythology, Dionysus was the god of the grape harvest, winemaking and wine. The god is usually depicted riding in a chariot leading a procession of exotic beasts, wild female followers and bearded satyrs. Dionysus also functions as the protector of individuals who do not belong to conventional society, and he symbolizes everything chaotic, dangerous and unexpected. He certainly was a highly popular figure, and the numerous festivals held in his name led to the development of Greek theatre. In Roman mythology, god Bacchus was associated with agriculture and wine. Franz Schubert wrote a good many drinking songs, including some rambunctious invocations to Bacchus. Among them is his tipsiest drinking song, “Bacchus, plump prince of wine,” D. 888. The poem comes from Shakespeare’s Antony and Cleopatra, and the vocal line is full of hiccups and burps as it staggers towards the final double bar. 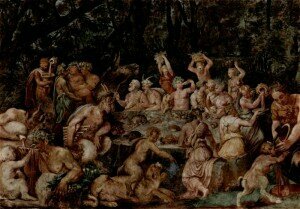 Party of the satyrs

Franz Schubert: “Bacchus, feister Fürst des Weins” D. 888
When musicologist Johann Andreas Schmeller roamed the southern Bavarian countryside at the beginning of the 19th century, he stumbled upon a collection of 13th century songs titled “Carmina Burana” in a Benedictine monastery. It soon became clear that this exceptional collection had not been the work of Benedictine monks, but of a roving band of monks and clerics known as the Goliards. Rebelling against the authority of the Church, they were more interested in drinking and debauchery than in prayer and sanctity, and their motto simply read “Eat, drink and be merry, for tomorrow we die.” As you might well imagine, the Goliards were outlawed by the Church and stripped of any official status in Cologne in 1300. Our musicologist published the songs, but the collection only came to prominence when Carl Orff set Carmina Burana to his own music in 1935. And that includes the rather single-minded “Tavern” setting: 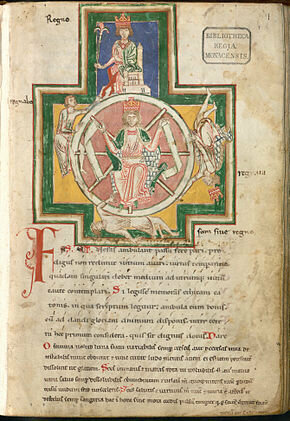 Une Education Manquée (An Incomplete Education) set to music by Emmanuel Chabrier, plays at the time of Louis XVI. It features two very young aristocrats (Count Gontran and Hélène) who have just been married but are totally innocent of the facts of life. The Count turns to his tutor (Pausanias) for wedding-night advice, but he has spent his whole life amidst books and drinking wine, and is equally ignorant of such matters. Only when the disappointed bride, frightened by a thunderstorm, seeks refuge in her husband’s arms, does the problem solve itself. We first meet Pausanias when he stumbles onto the stage, explaining that the Vin de Roussillon was to blame for his tardiness. It tasted so good that he ended up drinking twelve glasses! 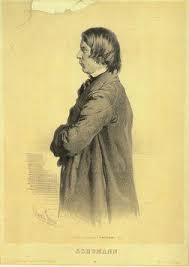 Oscar Wilde astutely observed, “When taken in sufficient quantities, alcohol may produce all the effects of drunkenness.” And to be sure, Robert Schumann’s student days in Leipzig were filled, not just with making music, but also with regular bouts of binge drinking. His diaries show that he was regularly afflicted with “dull hangovers.” Schumann usually relied on alcohol to alleviate anxiety and depression, but predictably it had the opposite effect. “Very dissatisfied with myself,” he writes, “with everything else too… I am pretty high on wine…no cigars, piano out of tune, weather out of tune, no money, no friends, no fun.” Around his nineteenth birthday, and after nearly a week of uninterrupted bingeing, he twice fell asleep with a burning cigar in his hand. He actually ended up setting his bed on fire. And when it came time to ask for the hand of Clara Wieck, her father cited poor financial prospects and incipient mental instability. However, the major reason why Herr Wieck so vigorously opposed the marriage was Schumann’s alcoholism.