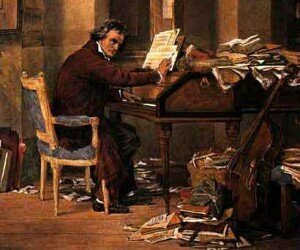 When Beethoven was on his deathbed, his publisher supposedly sent him a case of red wine. According to eyewitnesses, Beethoven weakly muttered, “Pity, pity, too late!” Dr. Wawruch, the physician in attendance throughout Beethoven’s final illness, opened his medical report by stating that “at the age of thirty Beethoven began do develop a liking for spirituous beverages, in order to stimulate his decreasing appetite and to aid his stomachic weakness by excessive use of strong punch and iced drinks.” Some twenty-five years later, Wawruch inspected Beethoven’s liver during the autopsy performed shortly after his death in 1827, and it emerged that he had severe cirrhosis. Seemingly, Beethoven—following in the footsteps of his alcoholic father—developed a liking for spirits early on. And between the ages of eleven and twenty-one, he wrote some twenty songs, including two drinking songs. The “Drinking Song to be Sung when Saying Farewell” WoO 109 dates from 1792. It is partnered by the “Song in Praise of Punch” WoO 111, composed around the same time. 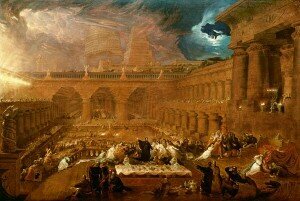 George Frideric Handel and the librettist Charles Jennens outlined plans for the composition of Belshazzar in June 1744. The oratorio is set in the year 586 BC, when King Nebuchadnezzar sacked Jerusalem, pillaged the temple of Solomon and led the people of Israel into captivity in Assyria. His weak son Belshazzar succeeds the King, with the prophet Daniel predicting the imminent ruin of his father’s empire. After receiving the text of Act II, Handel writes to Jennens on 13 September 1744, “Your most excellent oratorio has given me great delight in setting it to music and still engages me warmly. It is indeed a noble piece, very grand and uncommon; it has furnished me with expressions, and has given me opportunity to some very particular ideas, besides so many great Choruses.” The story of Belshazzar in the Book of Daniel is one of the liveliest narratives in the bible, and Act II features a great feast in the palace of Babylon. Drunken revelers are singing of the pleasure and the splendor of their pagan gods, and the king blasphemously drinks from the sacred cup taken from the temple in Jerusalem. 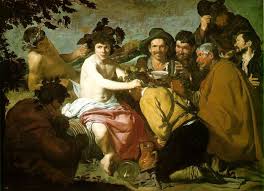 Claudin de Sermisy (1490-1562) served the successive Kings of France and the Sainte-Chapelle in Paris. Although he was a significant composer of sacred music, he is primarily known as one of the most renowned composers of the French chanson in the early 16th century. In all, he wrote approximately 175 chansons on texts by contemporary poets, including Clément Marot. Topics include nature, unrequited love and unhappy young women stuck with unattractive and less than virile old men. And as you may well have suspected, a substantial number of chansons deal with the appreciation, pleasures and virtues of fine wine. 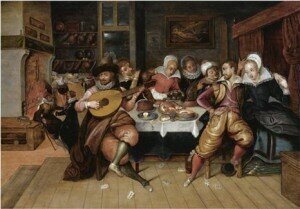 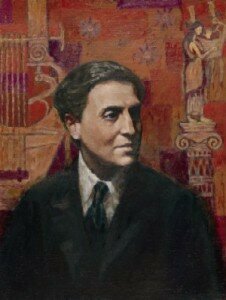 Alban Berg composed the concert aria “Der Wein” in 1929 on request from the Czech soprano Ruzena Herlinger. He accepted the commission for financial reasons, but also because it offered the opportunity to explore some aspects of the sound world of Lulu, “most notably the use of the saxophone and of jazz elements.” The text comes from three poems by Charles Baudelaire’s “Le Vin” as translated into German by Stephan George. “Die Seele des Weines” (The Wine’s Soul), “Der Wein der Liebenden” (The Wine of Lovers), and “Der Wein des Einsamen” (The Wine of the Lonely One) express not only the happiness and confidence of those who enjoy wine’s restorative powers, but “also wine’s celebration of itself as a giver of strength to the weak, pride to the poor, and inspiration to poets.”