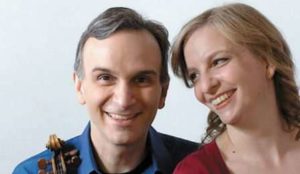 Music, like many other trades, tends to run in families. Likely a combination of genetics and environment, the shared activity of music making may even pass down through multiple generations. And as we well know, not all members of a musical household necessarily achieve the same level of recognition, nor do siblings always get along. Take for example Johannes and Friedrich Brahms. Friedrich was the younger brother, and he took piano lessons with the same teacher as Johannes. Johannes kept ignoring his younger brother, and eventually Friedrich became known around town as “the wrong Brahms.” Johannes became famous and Friedrich managed to have a successful career as a piano teacher. However, things can run much smoother between siblings, like with the brother-sister duo Gil and Orli Shaham. Violinist Gil and pianist Orli have had their separate concert careers, but on occasion they do record and perform music together. 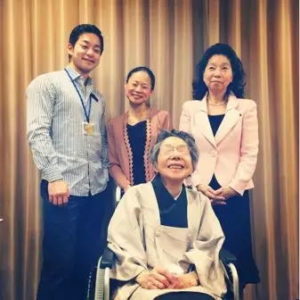 If you are unconvinced that music runs in families, consider this. If your mother and father are violinists, and your half-sister is a famous violinist who rose to child stardom in the 1980s, what are the chances that you will pick up a violin as well? Better than average, I should have thought. And such is the case with Ryu Goto, half-brother to Midori. Ryu was instantaneously recognized as a child prodigy, learning to play the violin at age three, and performing at the age of seven at a music festival held in Sapporo Japan. By the age of 12, he made his debut tour, performing in 12 Japanese cities. And while he credits his mother for providing him with a strict musical education, he learned much from watching his older sister, and what it means to be a violinist and a professional. “I got the impression that being a musician isn’t the be all and end all,” he explains. “Midori has gone above and beyond that kind of categorization. She’s become almost something more – a humanist kind of thing.” Midori and Friends, as we know, is a nonprofit organization providing concerts for underprivileged and hospitalized children. 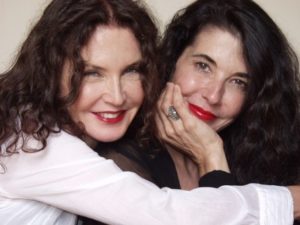 All I really have to say is “Two sisters and four hands,” and you will immediately know that I am referring to the famous piano duo of Katia and Marielle Labèque. Born in the Basque region of France, they inherited their love for the instrument from their Italian mother, an accomplished piano teacher. The sisters have been playing together for more than 30 years and they complement each other perfectly, with “Katia recognized as the bubbly one, and Marielle her calmer and more romantic counterpart.” The technical challenges of performing as a piano duo are formidable. But Marielle insists that it is much more than simply playing in synch. “What I find very beautiful is that we manage after many, many years of playing together to find a certain sense of freedom, and not to feel the same things that we did at the start, which is the case for many other duos, who often get stale and mechanical because they are too busy thinking of playing together and so their playing becomes a little more rigid, and they become like metronomes. And sometimes it’s better to take risks, as you really learn how to breathe together.” 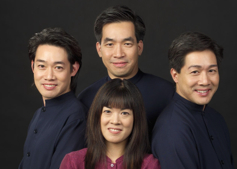 Performing piano duets among siblings is one thing, but divvying up an entire string quartet amongst brothers and sisters is quite another. It might not come as a surprise, but siblings Timothy, Janet, Philip, and David Ying are precisely such a grouping. Known as the “Ying Quartet,” they graduated from the Eastman School of Music and subsequently received a grant from the National Endowment of the Arts to promote classical music in the heartland of America. Actively performing in various American cities and festivals, the Ying Quartet also initiated a commissioning project to produce a distinctively American string quartet repertoire. Furthermore, with Musical Dim Sum they have extended their repertoire while celebrating their own cultural heritage. Brother Timothy spent over 20 years as a member of the Ying quartet, but announced his departure from the ensemble in 2009.