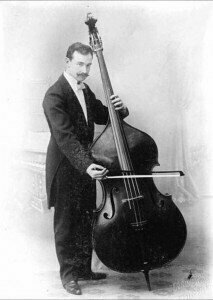 The great conductor and champion of contemporary music Serge Koussevitzky (1874-1951) certainly knew the value of a good marriage. Musically talented, he initially studied double bass and eventually joined the Bolshoi Theater Orchestra in 1894. He toured extensively with the orchestra and featured as a soloist, and he also got married to the dancer Nadezhda Galat. That happy union was rather short-lived, and after a couple of years Koussevitzky divorced her in favor of Nataliya Ushkova.

Ushkova was not a very good dancer, but she was the daughter of an extremely wealthy tea merchant! It allowed Koussevitzky to resign from the Bolshoi, and the couple moved to Berlin. Koussevitzky’s dream, it seems, had always been to become a conductor. With his newly found wealth he hired a student orchestra and religiously practiced with them for two years in his private home. Ready to step into the limelight, Koussevitzky hired the Berlin Philharmonic in 1908. He made his professional début on 23 January as the conductor in a concert that featured Sergei Rachmaninoff’s Piano Concerto No. 2, with the composer at the piano! The appearance was so successful that Koussevitzky was engaged as a guest conductor on the spot. And one year later, Koussevitzky went into music publishing.

Founded by Serge Koussevitzky and his wife Nataliya in 1909, Éditions Russes de Musique was established with the principal aims of promoting new Russian music and to ensure copyright protection for Russian composers. Russia had not been an original signatory to the “Berne Convention” of 1886. This international agreement, developed at the instigation of Victor Hugo, protected creative works without the need of being asserted or declared. 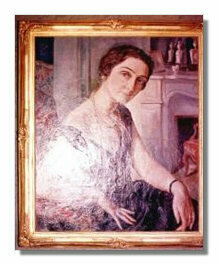 An author or composer did not need to register or apply for a copyright in countries adhering to the Convention; it was done automatically. To ensure copyright protection for Russian composers, Éditions Russes de Musique was first legally established in Berlin as the Russischer Musikverlag, with offices in Moscow and St. Petersburg, and later in Paris, London, New York and Leipzig. Fully subsidized by the Koussevitzkys, the firm automatically covered any losses, but made sure that all profits would be paid to the featured composers. Financially profitable and artistically highly successful, Éditions Russes de Musique soon oversaw a stable of prominent Russian composers, including Medtner, Rachmaninoff, Scriabin, Stravinsky, and Prokofiev. However, the catalogue also featured works by up and coming artist like Arthur-Vincent Lourié, the first Russian Futurist in music whose cubist and decadent conception took its bearings from Picasso and Stravinsky.

In artistic matters, Éditions Russes de Musique was organized around a permanent 5- member jury. Determined by majority vote, Scriabin, Rachmaninoff, Medtner, Ossovsky, Struve and Koussevitzky made all decisions as to what pieces were to be published. 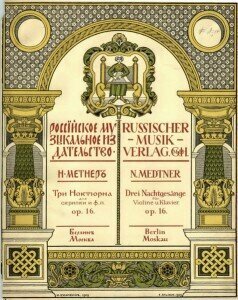 Things got somewhat feisty when the jury rejected Stravinsky’s Petrushka. Koussevitzky threatened to resign from the panel, and the decision was eventually reversed. To prevent further conflicts, Koussevitzky purchased the firm of Gutheil in 1914. It became an autonomous branch of Editions Russes, and was entirely under his control. Gutheil originated in Moscow in 1859, and its catalogue contained important works by Prokofiev and Rachmaninoff. Purchased at the price of 300,000n rubles, it also included unpublished manuscripts by Glinka and Dargomyzhsky. Following the Bolshevik revolution in 1917, the Russian branch offices were taken over by Muzgiz, and the headquarters of Éditions Russes de Musique moved to Paris in 1920. 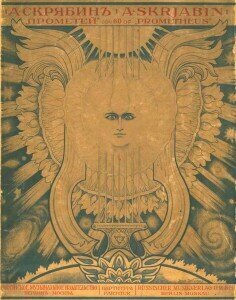 The firm also published Rimsky Korsakov’s Principles of Orchestration in French, German and English translations, and possibly most prominently, the Ravel orchestration of Mussorgsky’s Pictures from an Exhibition in 1929; originally a commission by Koussevitzky. As a conductor, Koussevitzky went on to lead the Boston Symphony Orchestra for decades, and his efforts on behalf of contemporary composers and music resulted in countless commissions and two American funding organizations. Boosey & Hawkes purchased the catalogue of Éditions Russes de Musique on 1 March 1947.