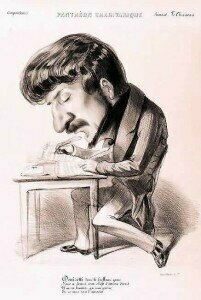 Gaetano Donizetti followed the resounding success of Anna Bolena with two additional serious operas, Lucrezia Borgia of 1833, and Lucia di Lammermoor of 1835. Rossini regarded Lucia as Donizetti’s supreme operatic achievement. It epitomized the Italian Romantic spirit of the 1830’s, and the opera was composed in merely six weeks. First produced in Naples in 1835, the libretto closely follows the historical novel by Sir Walter Scott. Without doubt, it served as a model for the young Verdi, who looked upon Donizetti as an Italian composer who was highly successful in using French dramatic techniques on the Italian stage. 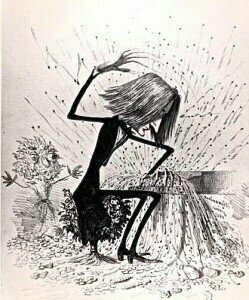 Liszt at the Piano

In addition, it also served as the inspiration to Franz Liszt, who based a total of seven piano works on Donizetti operas! Liszt’s transcriptions and reminiscences are not only sincere tributes; they also made important contributions to the rediscovery of Italian bel canto operas. Johannes Brahms once said, “Whoever really wants to know what Liszt has done for the piano should study his old operatic fantasies. They represent the classicism of piano technique.”

Antonio Pasculli (1842-1924) rightfully deserves his place among the virtuoso performers/composers who so numerously occupied the 19th century musical landscape. Modeled on the violin wizardry of Niccolò Paganini, Pasculli became one of the most distinguished oboists of his generation. 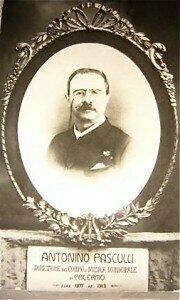 At the tender age of 14 he embarked on a performing career, and traveled extensively throughout Italy, Germany and Austria. In 1860, he was appointed professor of oboe and cor anglais at the Palermo Conservatory, and also served the institution as a conductor. Pasculli’s compositions for oboe and orchestra—written specifically for his own use—rely predominantly on Fantasies and Concertos based on themes from popular operas. As such, it’s not surprising to find Donizetti and his opera La favorite represented among works based on Verdi, Bellini, and Meyerbeer. In a stunning showcase of virtuosity, Pasculli’s Concerto, predictably making ample use of Donizetti’s melodies, places incredible technical demands on the performer.

Antonio Pasculli: Concerto for Oboe and Orchestra on Themes from La favorite by Gaetano Donizetti

Taking melodies from great stage works and creating arrangements and transcriptions of various kinds was a profitable business for budding and established composers. Even Richard Wagner earned his living in Paris that way! 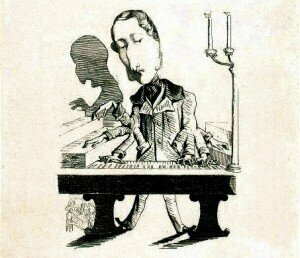 Thalberg at the Piano

However, as virtuosity and sensibility became intricately connected, works by the greatest virtuoso composers went far beyond pure technical display. We can probably blame Paganini for producing variations as independent concert works, but it should be noted that the concert activities of the virtuoso also influenced the style of opera. L’elisir d’amore (The Love Potion) is one of the most loved of all Donizetti’s operas. It combines touching romance and hilarious comedy with beautiful music, and the premiere in Milan in 1832 was a triumph that secured Donizetti’s place as one of the leading Italian opera composers of his day. Variations and Fantasies on various melodies from this work became hugely popular, and that includes a delightful set composed by Sigismond Thalberg.

Berlioz unabashedly called the Belgian violoncellist Adrien-François Servais (1807-1866) the “Liszt of the cello.” In fact, music critics around Europe heaped lavish praise on his brilliant mastery and fascinating artistry, and a Leipzig critic wrote of the “gigantic power of his fortissimo tone and the greatest tenderness in pianissimo. As for incredible technique and excellent accuracy of the left hand, he is comparable to Paganini.” Servais actually had started his career as a violinist, but at the age of 12 switched to the cello. He progressed rapidly, and quickly discovered his talent as a composer. Servais soon appeared in concerts around Europe and Russia, performing his fantasias far and wide. Over a period of forty years, he probably played more than 10,000 concertos, and eventually he became a professor at the Conservatoire in Brussels. Without doubt, Servais greatly expanded the expressive and technical resources of the instrument, and he certainly stimulated interest in the cello as a concert instrument.