Features
Cellists Klengel and Becker: Towering Figures of the 19th Century
by Janet Horvath May 19th, 2018 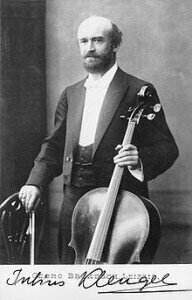 Like many other young cellists, I encountered Julius Klengel through his books of Technical Exercises in All Keys and his Daily Exercises. I wanted to play concertos not hours fixated on scales, arpeggios, and bowing exercises. But my father insisted, “How else can you master intonation, bow division, tone production, coordination, and clarity?”

Much later I learned about Klengel not only as the teacher of my cello-idols Piatigorsky, Feuermann, Suggia, Mischa Schneider, Paul Grümmer, and William Pleeth among others, but also as a brilliant performer and composer.

Julius Klengel (1859-1933) came from a musical family. His father and his siblings played musical instruments, and his grandfather, a violinist, performed with the Gewandhaus Orchestra for fifty years never missing a concert.

Klengel studied with Emil Hegar, who was at the time the principal cello of the Gewandhaus Orchestra. A student of Grütmacher and Davidov, Hegar continued the tradition of the Dresden school of cello playing. By age fifteen, Klengel became a member of the Gewandhaus Orchestra and in 1881, at the age of twenty-two, he became the principal cello. Klengel duplicated the astonishing track record of his grandfather—fifty years with the group, and forty-three years as principal. Klengel also joined the faculty of the Leipzig Conservatoire where he taught as many as fifty cello lessons a week!

Despite his busy schedule, Klengel performed often in Europe and in Russia, including one of his own concertos, conducted by Anton Rubinstein. He performed Haydn’s D Major Concerto, the first performance in St. Petersburgh, in 1887, and received rave reviews for his refined, musical playing, and dazzling tone. In demand as a chamber music player, Klengel was a member of notable string quartets—the St. Petersburg Quartet with Leopold Auer, the Gewandhaus-Quartett and the Adolph Brodsky Quartet. His knowledge was immense. Chamber music? Cello literature? Klengel could accompany virtually anything from memory on the piano.

Klengel Cello Concerto No. 1 in A minor: I Allegro
Christoph Richter, cello, Hannover Radio Philharmonic Orchestra
Klengel rubbed shoulders with the most renowned musicians of the time, including Joachim, Brahms, Rubinstein, and composer Max Reger. Today few people know that he composed an immense amount of music—literally hundreds of works for cello. In addition to his teaching methods and études, he composed four cello concertos, (his first concerto in A minor is really beautiful), two concertos for two cellos, two concertos for cello and violin, a sonata, three sonatinas, caprices, and chamber music including two piano trios. Well before cello ensembles were popular as they are today, due to the brilliant playing of the 12 Cellos of the Berlin Philharmonic, and the Grammy-nominated ensemble, Yale Cellos, Klengel composed his exquisite Hymnus for 12 Cellos Op. 57.

Today his name is most associated with his technique-building volumes. It is astonishing more cellists don’t perform his beautiful compositions.

Hugo Becker, (1864-1941) born in Strasbourg, was the son of the notable violinist of the Florentine String Quartet, Jean Becker. Becker’s brother and sister were talented musicians, so he too grew up surrounded by music-making. His first lessons were at the age of six on both the violin and piano, but after hearing a captivating cello solo he pleaded for cello lessons. He studied with Alfredo Piatti and later he was able to study for a short time with Grüzmacher. Becker, like Klengel, was playing in an orchestra by the age of fifteen. 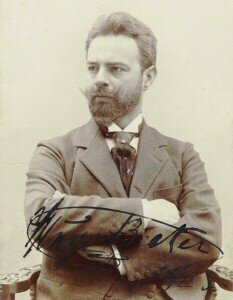 The family became renowned for performing and touring together, first as the Jean Becker Family Quartet, and later as a trio with his brother and sister, Becker on the cello.

From 1884-1886 he was principal cello of the Frankfurt Opera orchestra. His appointment as cello and chamber music professor at the Hochschule there, began a long and fruitful career as a master teacher. Becker continued his solo playing into the twentieth century with frequent visits to Russia, London, and elsewhere, and he performed in trios with great artists, Ysaÿe and Busoni, and subsequently Ernest Dohnány, Artur Schnabel and Carl Flesch. The composer Max Reger dedicated his Solo Suite in D Minor Op. 131 to Becker.

Becker: Fantastische Suite, Op. 14 Markus Wagner, cello.
I. Waldraunen – Allegro moderato
V. Im Sturm – Furioso
He was professor of cello at the Royal Music Academy in Stockholm and the Hochschule in Berlin and was known for his disciplined teaching approach. 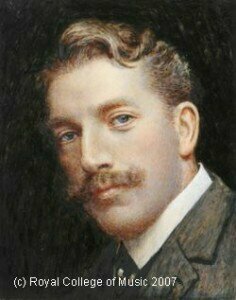 Becker’s Mixed Finger Bowing Exercises, and études are still used today, but his awareness of the physical aspects of playing the cello is of particular interest. The cello at the time was still considered a romantic instrument—one that portrayed nostalgia, or sentimentality. According to Margaret Campbell in The Great Cellists, Becker couldn’t have disagreed more. He co-wrote Technique and Aesthetics of Violoncello Playing with physiologist Dr. Dago Rynar, and claimed, “The violoncello is a virile instrument, able more than any other string instrument to embody, along with the repleteness of feeling, its chivalrous, vigorous, and exalted content.” Becker was one of the first to advocate a natural approach to playing the instrument. He was a player who had impeccable timing and facility, and could transcend technical challenges without sacrificing the aesthetics of a phrase.

Becker plays his own Minuet, (pretty scratchy but of historic value.)

The forerunner of playing with tremendous ease, it is no wonder he turned out students of the caliber of Enrico Mainardi, Paul Grümmer (cellist of the famed Busch Quartet who began his studies with Klengel and completed them with Becker), Arnold Földesy, and Beatrice Harrison.

Cello playing advanced immeasurably due to Klengel and Becker’s virtuoso playing and rigorous teaching methods. As a result, today, the cello is considered a solo instrument on a par with the violin, and the piano. The Technical Exercises in All Keys and Mixed Finger Bowing Exercises are the fastest way to get there.