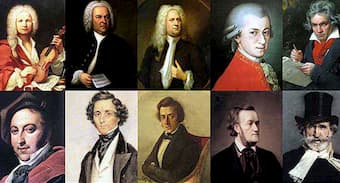 I have always thought that music was inclusive. If you didn’t like a certain type of music, it was because you didn’t like the style, not what its creator represented to you. But that was not always the case. For many years, Wagner has been on the no-play list of hundreds of thousands of people because of the anti-Semitism in some of his music.

The phrase cancel culture, like all phrases, is not just a sound bite. It has a meaning outside of the derogatory way some people use it. Cancel culture means some people are fed up with the situation around particular social and political circumstances, and they want to do something about it.

Some people want to cancel classical composers and their creations based on what they see as their outdated and incorrect views of race, sex, and politics. Many of these past attitudes are seen as unjust today, and rightly so. But did these classical music composers have these attitudes or was it just the times that they lived in?

Laws change based on political and social progress. Usually, these changes in law come about after society has changed. Once in Australia, you could be arrested for being a homosexual. Today, hate crimes against gays and denying or banning people because of their sexuality is against the law, homosexuality is not; things change, things progress.

We need constant progress to improve so many of the inequalities in the world. What we do not need is people deciding that a particular style of music, for them, represents white privilege, so they try to cancel it. It’s not just a coincidence that some of these people are famous composers. Classical music composers are high profile targets for some people because, for them, classical music is seen as elitist and they want to get rid of it.

What we need regarding the music of classical composers and all composers is balance; balance in the concert hall and balance on the radio. An equal amount of music played and heard from all races and genders is way overdue. We need equality in all matters because without equality, none of us can ever say we are of equal value.

I guess that most classical music is written, played, and listened to by white people. That said, I have never met or ever known or ever heard of any musician or music promoter who specifically chose to play or promote music based only upon the race of the creator.

However, a system that supports and plays a majority of music by white, Anglo, or only famous composers is a system that needs to be cancelled. Some will say that this is not the system. They will say that what they have been playing and programming is simply the best and most popular music. But when the vast majority of the music they play is the compositions of just famous composers, what choice does anyone have but to listen to that sort of music?

Regardless of what is played, cancelling the music of famous composers is not the way to progress. Side by side comparisons is what needs to happen. Music from every century, every country, every race, and every sex needs to be heard in an equal amount. 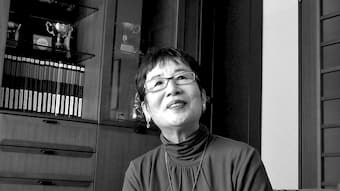 Mieko Shiomi, a Japanese composer that deserves to be heard more
© awarewomenartists.com

I cannot imagine a world without Beethoven’s Missa Solemnis. Or Bach’s Chaconne from Partita No. 2 in D minor. The Symphony No.1 by Brahms and Mozart’s Clarinet quintet K581 in A Major should always be available. But I do not want a world of only those composers.

Why isn’t Henriëtte Bosmans’ music regularly played alongside the music of Brahms? © Wikipedia

I also want to regularly hear the music of Deborah Cheetham, who is an Australian Aboriginal composer and soprano. Have you ever heard of the music of Mieko Shiomi? She is a Japanese composer that deserves to be heard side by side with any other composer. Her piano piece Imaginary Garden No. 1, 2, 3, for the Left Hand, is a whirlwind of imaginative music. How about the Chinese composer Qu Xixian, who died in 2008, ever heard her music? Her choral piece Pastoral is simply gorgeous and haunting. And Henriëtte Bosmans, her Sonata for cello and piano, why isn’t her music regularly played alongside the music of Brahms?

Don’t change the music, change the system. Don’t cancel classical music, rejoice in it, in all of it, and not just in the music of a select few.