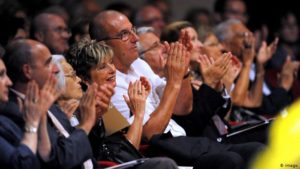 It’s the 21st century, yet still, still there is this perception that classical music is for a certain demographic that is predominantly white, middle class, monied, cultured and educated (but first and foremost, monied). It’s easy to “prove” this by highlighting the price of opera tickets, especially to prestigious venues like the Royal Opera House or Glyndebourne. Football is also expensive to attend, ditto pop gigs and festivals, but no one suggests that these activities are “elitist”. So there is a curious definition of the word “elitist” at work in relation to classical music that suggests both financial and cultural superiority, and that the artform is somehow rarefied and exclusive because of the type of people who usually engage with it. This also relates to the perceived customs and etiquette of classical music; for example, outsiders think that to attend a classical music concert or opera, one must dress up. It’s true that people dress up for Glyndebourne and other country house operas – it’s part of the experience – but take a look at the audience on any given night at a concert hall and you’ll find many people dressed comfortably and casually.


It troubles me, this negative perception of classical music and its fans, and it strikes me that currently there is an image crisis surrounding classical music, at least in the UK. It wasn’t always like this. When I was growing up in the 1970s, there was more classical music in our everyday lives – particularly on prime-time television with programmes like André Previn’s Music Night. I’m fairly sure classical music then did not have the elitist aura which surrounds it now.

The serious erosion of music provision in UK state schools and the view that music (and the arts in general) is a “soft subject”, that is does not bring value (i.e. monetary value), together with a certain philistinism on the part of those that govern us, has not helped classical music’s image. But I don’t believe education is the entire cause of the problem. 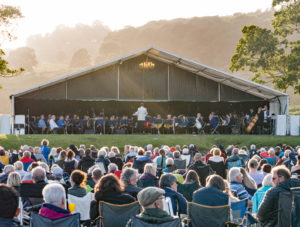 When and how did this negative image of classical music develop and who is responsible for it? Surely not the musicians, most of whom in my experience (and I have met a fair number via my interview series on my blog) are the antithesis of “elite” (except in the sense that they have undergone a long and rigorous training to become masters of their craft). Are audiences the problem? Those snobby, stuffy, mostly elderly classical music aficionados who make the ingénue concert goer feel unwelcome? Are the dedicated devotees of classical music actually the ones who are killing it? Is the problem with the gatekeepers, classical music’s “deep state”, who wish to keep the artform secure in its gilded cage, accessible only to the few not the many, to the extent that engaging with classical music can feel like joining a cult?


Despite the best efforts of those of us within the profession – musicians, commentators, reviewers, writers, bloggers, promoters, teachers – who want to break down barriers, to do away with the elitist tag, it seems as if classical music’s image is pretty poor right now. Sadly, this elides with the egalitarian/populist assertion that people have “had enough” of experts, and are suspicious of anything that smacks of education or scholarship and are quick to conveniently label it “elitist”.

Enough of the smirking and eye-rolling, the apologetic marketing and talking about classical music as if it is some kind of weird taboo. It needs to lose the stigma of elitism and that it is only for the educated or older people. I believe that all of us who work in the profession and engage with the artform have a responsibility to accentuate the positives about classical music and to reach out and encourage others to experience it.