The music from living Australian composers is fresh and alive with the sounds of this vast country and the inventive ideas of its many composers. The music and culture of the Aboriginal people from Australia is one of the oldest and most distinctive on earth. Australian music is bursting with energetic and dynamic sounds, and these Nine Outstanding Australian Composers are just the tip of the iceberg in this musically complex country.

Over the past three years, I have reviewed the music of every composer on this list. The extracts of the reviews in this article were first published in CityNews. 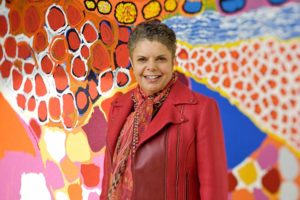 Yorta Yorta soprano, composer and educator, Deborah Cheetham is a graduate of the NSW Conservatorium of Music and has been a leader in the Australian arts landscape for more than 30 years. In 2009, Cheetham established Short Black Opera – a national company devoted to the development of Indigenous musicians. Honours and awards include, Officer of the Order of Australia (AO) Queen’s Birthday Honours List (2014), for distinguished service to the performing arts as an opera singer, composer, and artistic director; Honorary Doctorate from the University of South Australia; Victorian Honour Roll for Women; Victorian Aboriginal Honour Roll; Sir Bernard Heinze Memorial Award and the Melbourne Prize for Music.

“A newly commissioned work by singer, actor, composer and playwright Deborah Cheetham came next. It was titled “Gulaga” (Mother Mountain), which was inspired by a journey Cheetham took to her grandfather’s country to climb Gulaga, formerly known as Mt Dromedary.

The tonal beauty in this piece, which was also full of mystery and lively rhythmic variation, sounded at once modern and ancient. For flute, oboe and clarinet, the sounds of each instrument blended into one another to create waves of music. Through some exceptional writing for these instruments, it ended softly reflecting the sounds of renewal”. 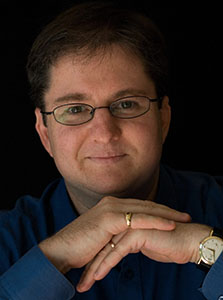 Dr Calvin Bowman is a graduate of the University of Melbourne and was the first Australian to graduate with a Doctor of Musical Arts degree from Yale University, with the assistance of a Fulbright scholarship. He is much in demand as a soloist, accompanist, and chamber musician. As a keyboardist, he has premièred works by many prominent Australian composers and appeared as soloist with most major Australian orchestras. Dr Bowman is also a prolific composer, specialising in the form of Artsong. His major awards include an Australia Council Fellowship, and he has also been commissioned by organisations such as Ars Musica Australis and Symphony Australia.

“And the Band Played Waltzing Matilda, by Eric Bogle ended the concert. This was arranged for piano, clarinet and baritone by composer Calvin Bowman. It was an unusual but effective arrangement. The harsh images in Bogle’s song were matched by the unique setting of this moving song that depicts the futility of war”. 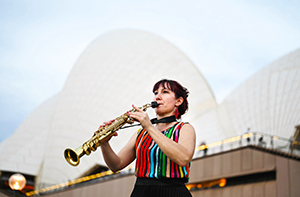 “First Light at Uluru by Katia Beaugeais uses effects such as wind sounds blown through the saxophones and multiphonics, but this is also a piece of searing beauty that imagines the first light of the sun rising over Uluru and then setting over that rock. This breathtaking music glowed with warmth and the sound of wildlife”. 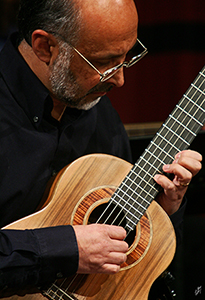 Widely recognised as Australia’s leading guitarist/composer, Richard Charlton was born in the UK in 1955, he is largely self-taught. Initially writing music to expand his own repertoire, his works have been performed and recorded by many leading Australian and international players and features on labels such as ABC Classics, Naxos, Tall Poppies and Move. Many of the performers who commission him are among Australia’s leading guitarists such as Timothy Kain, Karin Schaupp and Slava Grigoryan. In 2004 Richard was awarded Instrumental Work of the Year at the APRA/AMC Classical Music Awards. He lives in Sydney and is a teacher and composer-in-residence at a leading private school.

“After the interval, a piece from the widely recognised and leading Australian guitarist and composer Richard Charlton, which was titled “Shorelines”. It had a more traditional format of fast, slow, fast. Over the three parts, the music just got better and better. Charlton’s clear, effective and beautiful tonal writing shows just how much contemporary Australian music has moved on from atonalism and serialism, and how much more accessible it is because of that. This was the most lyrical and interesting piece of the night”. 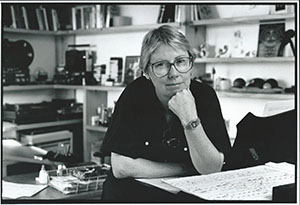 It takes a little while for artists to be able to select the freedoms and permissions we need, in order to best practise our craft. Or is it the case that sought-after freedoms do little more than taunt us, given the monster immutabilities that condition our existence on Earth. I refer to the place and time of our birth, and to a lesser extent, to our gender and parentage. These hardwired attributes of our existence make our pursuit of optional freedoms seem playful: like pledging to follow the instructions on a card not yet read. Having two excellent teachers in composition in Cologne in the early 70s—Kagel and Stockhausen— delivered to me the not so frivolous freedom of artistic self-determination. I was free not to copy either of them.

Review – Exceptional concert from one of the finest composers. January 29, 2018.

“In “Kudikynah Cave” for string quartet, which was written after what Henderson describes as her most significant adventure of her life, rafting the Franklin River in 1986, this music painted a picture of sunsets, fireflies, caves and a sublime nature. The Acacia Quartet played everything with assurance and vitality; bringing together a small selection of Henderson’s world-class music”.