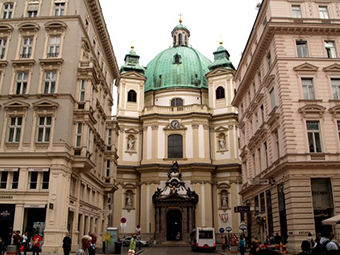 Between 1796 and 1799, Beethoven did not have a permanent address in Vienna, at least not that we know. He was busily engaged in establishing his reputation, and rubbed shoulders with royalty and with Joseph Haydn. He played a piano concerto at a concert organized by Haydn, which included three of Haydn’s “London Symphonies.” In addition, Beethoven embarked on a number of concert tours that brought him to Prague in February 1796, and in April we find Beethoven performing in Dresden and subsequently Berlin. Frenzied concert activities continued throughout 1797/98, and since his piano virtuosity come under challenge from Joseph Wölfl of Salzburg and Johann Baptist Cramer of London, Beethoven might consciously have paid closer attention to the process of composition. In fact, from the middle of 1798 Beethoven began to confine his sketches to dedicated sketchbooks. And the first two sketchbooks contain musical thoughts for four string quartets. 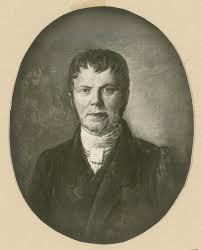 Beethoven would have worked on these early string quartets in his apartment on the third floor of 650 St. Petersplatz. Located in front of St. Peter’s church, this lodging is merely steps away from the center of town and St. Stephen’s cathedral. Beethoven took up residency in May 1799 and remained until December 1799 or January 1800. Beethoven had made fast friends with Karl Amenda, a student of theology and violinist from Latvia. Amenda had arrived in Vienna in 1798 and provided musical instruction to Prince Lobkowitz’s children, and he was also a music teacher at the home of Mozart’s widow. According to some contemporaries, Beethoven and Amenda were almost inseparable. However, in late summer of 1799 Amenda was called back to Latvia and Beethoven gave him a copy of a quartet “as a small memorial of our friendship.” This quartet was later published, in revised form, as the Nr. 1 of his Op. 18 series.