Widor, Vierne, and variety in life

‘My hands and feet are full of notes again!’ exclaims Iveta Apkalna, as her concert diary is beginning to fill up again into the autumn. And as it should; Iveta has played with some of the greatest orchestras all over the world, including the Berlin Philharmonic, Royal Concertgebouw, Los Angeles Philharmonic and the Orchestra dell’Accademia Nazionale di Santa Cecilia, and is the titular organist of the Klais organ at Hamburg’s Elbphilharmonie concert hall. 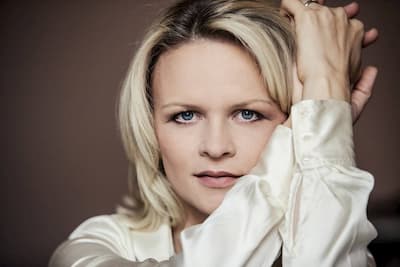 Although, for the Latvian organist, ‘it feels nice to be performing for people again, not just screens,’ she is equally excited about the release of her most recent album, Widor & Vierne, out on Berlin Classics this month. Iveta recorded it last December in Taiwan, making the first ever recording on the organ at the new Weiwuying Concert Hall.

Iveta also gave the premiere public performance on the Weiwuying organ, built by renowned organ builder Philipp Klais, someone with whom Iveta frequently works. Iveta and Philipp’s collaboration on this project was coincidental – Iveta was booked for the hall’s opening concerts after Philipp was commissioned – but Iveta is ‘always pleased to play on his instruments and be part of that [process].’

The fact that Iveta and Philipp frequently bump into each other in this way is no surprise, given how small the organ world is. ‘He’s a very progressive organ builder,’ she says. ‘He respects traditions, [but] he is modern, energetic, open and honest. He is the independent side of this strange organ world. I think in some ways I’m a little different from many organists, but maybe this is what connects us. We really respect each other’s ideas, we collaborate and understand each other.’

How did Iveta decide what to record in Taiwan? Making the debut recording on the biggest organ in Asia meant she wanted to choose her repertoire carefully. ‘There definitely will be many albums recorded on this organ, but with the first it’s a kind of mark. You have to put some kind of visiting card. 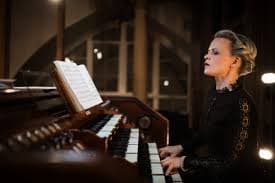 ‘What is this organ? What face, what eye colour, what length of hair, size of feet does this organ have? You really give the ID to the instrument, so for me it was very important what would be recorded. At the same time I have to think of how much this music fits not just this organ, but my repertoire, my personality, and the history of my own recordings. After fifteen CDs you really have to think carefully what you want to say.’

Iveta settled on two organ symphonies by Widor and Vierne, both giants of the repertoire, along with a small offering of J.S. Bach to round things off. For Iveta, this is a relatively traditional programme, given her catalogue of recordings ranging from Philip Glass and Peteris Vasks to Ligeti and Shostakovich.

‘The Widor is something every organist wants to play, and has to play. I think that many organists underestimate the difficultly of the musical message, and [they] just play it as something colourful, something impressive, but don’t put their own opinion, their own message in this music. The most difficult thing is to keep the form together, to perform it as a symphony, not as four or five movements, but as one big piece.

‘It was quite a big task for me. I already played both of those symphonies when I was studying, but [since then] I’ve experienced some important stations in my life. After being a student, then a young performer, then a young woman, and then being a mother and wife: all this is something to tell and put in the music.’ 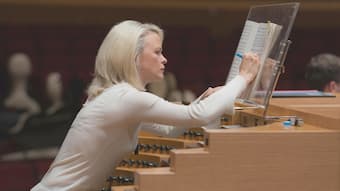 Many musicians talk about pieces growing and changing with them over the years, and Iveta is no exception. ‘They should [change]’, she states. ‘It’s boring when you experience a musician who 20 years later plays a Mozart sonata exactly the same way as 20 years ago. It’s so important to say what we have collected in our lives, to put it in the music.

‘With my registrations, sometimes I have to go against what my teachers taught me, because they gave an indication of how it has to be, or how it used to be, but in the end, do we really know how Bach registered? Do we know how Widor registered? It’s all in our hands, and sometimes we have to go against the rules if our inner feeling tells us. To keep honest is much more important than keeping correct.’

Sometimes this is more a necessity than artistic choice, as every organ in every building is different, often leading to replanning which registrations (stops and voices on the organ) to use. ‘Organs are like humans – each instrument is different. We have to keep in dialogue with them, we have to talk to them, be passionate, kind, angry, happy, show all our emotions towards this other person.

‘You never really know, like with Formula 1 cars. You think, ‘Wow, this is the biggest, the fastest, the most beautiful car’, and then five minutes into the competition something breaks and you have to react in milliseconds. I sometimes feel like I’m at a steering wheel – I have to be careful and attentive, but I also have to keep making music, and it’s a difficult task.’

Within the technical limitations posed by each individual organ, Iveta manages to find artistic freedom.

‘In theory, we always know who built the organ, when it was built, how many stops there are and so on, and we can hear recordings of the instrument on YouTube, but sometimes this doesn’t have anything to do with the venue. I try to avoid listening to these organs. I need the theoretical parts – size and style – and this is the most exciting part of an organist’s life. We have to create and adjust our programme depending on the style of the organ we’re going to play.’

For this reason, Iveta rarely programmes the same programme twice, and almost never listens to organ recordings. ‘I have many of them, and they’re all fantastic, but I really want to keep my ears fresh and be surprised – in a good or bad way. 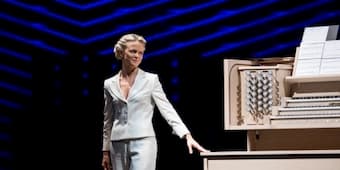 ‘Sometimes you think you know a piece and there are no more surprises[…] and then you are at a certain organ in a certain place and you can’t find the right colour, and then suddenly something pops out, and I discover something [new] in the same score I’ve always used. It comes as a surprise through the fact that each instrument is different.

‘Organists are composers. We recompose all the time. It’s not easy – you have to have a lot of stuff to tell, because reproduction in the same way is boring, and so we have to experience many things in our lives in order to be able to tell these stories to the audience.

‘I think it’s not the most helpful thing to soak up just the organist’s world, because by a certain point you won’t have anything new to tell anymore. You should go and meet people, go and meet other artists, other professions, other places. You have to be so open to everything – I like driving cars, I like going to the gym, I like seeing photo exhibitions, cooking, drinking wine, sitting with friends who are architects or doctors and talking about completely different things: then I have something to tell.’

Iveta plans to travel to Asia next March to perform works from Widor & Vierne and, like many other musicians, will perhaps find the way they perform different to before. And, for Iveta, variety is never a bad thing. Away from classical music, one of her favourite artists is Prince, a singer who made his reputation through innovation and reinvention.

‘I love his music because I think he was, in my opinion, one of the most creative musicians ever. If you know about all his talents and his workaholic attitude, [he had a] never-stagnating and never-getting-boring way of composing. There was an album released recently with his compositions that he didn’t think to be good enough, and I listened to it and thought ‘oh my god, I wish people in charts today wrote something that is half as good as this stuff that he didn’t think was good enough.’’

‘Us musicians in the classical field can learn so much from rock and pop and all other styles. Like with timing: when you listen to Prince’s timing and then you listen to some organists’ timing in Liszt’s Fantasy and Fugue and I think ‘Where are we? Where is the end, where is the middle? Where is the climax, where is what?’ I think you just have to listen. Also with grooves. In my opinion, every Bach fugue – slow, fast, it doesn’t matter – has to groove, and so seldom can you hear grooves. I think this is where we should be open to other styles of music and not just think we do the one and only right thing.’

If there is to be an album of Prince organ transcriptions, you can bet Iveta Apkalna will blaze the trail. In the meantime, details of Iveta’s new album, Widor & Vierne, can be found here.