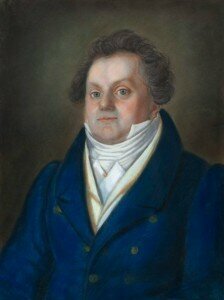 Beethoven had started to work on his String Quartet Op. 127 in 1822, but it was not premiered until 6 March 1825. Tickets for a first hearing had actually been sold for the end of February, but the quartet wasn’t completed in time. In fact, the musicians only received their parts two weeks ahead of the rescheduled concert in March. Beethoven sent along a contract, in which he jovially urged the first violinist Ignaz Schuppanzigh to “distinguish himself and to vie with his neighbor in excellence.” Lacking proper rehearsal time, the work was first heard in the small hall at the “Rote Igel,” presented by the Schuppanzigh Quartet. Today, we think of Beethoven’s Op. 127 as the composer’s crowing monument to lyricism, but performers and listeners originally found it incomprehensible. A critic in the “Allgemeine Musikalische Zeitung” described Opus 127, the first of the late quartets and one of three commissioned by the Russian Prince Demetrius Gallitzin, as an “incomprehensible, incoherent, vague, over-extended series of fantasias and chaos, from which flashes of genius emerged from time to time like lightning bolts from a black thunder cloud.” 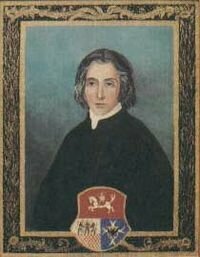 Beethoven’s nephew Karl, placed the blame of the initial failure of the work squarely on the playing of Schuppanzigh, who had just returned to Vienna after a number of years in Russia. “I know that the quartet was not completely understandable,” he writes, “because the first violin part went so badly. There were many disruptions. First nothing came together properly and then Schuppanzigh broke a string, which contributed to it a lot, because he didn’t have a second violin at hand.” Beethoven then offered the first violin part to Joseph Böhm, but as the composer was completely deaf could only guide the performers by watching their fingers and bows. A second performance of the work on 26 March went only marginally better. Beethoven apparently was pleased but it took critics and audiences substantially longer to understand that Beethoven had “transferred the formal and symbolic aspects of his two major works for chorus and orchestra—the Missa solemnis and the Ninth Symphony—to the more intimate domain of chamber music.”