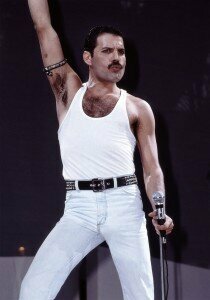 The 2018 film Bohemian Rhapsody is a foot-stomping celebration of the British rock band Queen, and their extraordinary lead singer Freddie Mercury. While its portrayals of Mercury’s life and sexuality and of the other band members were criticized, actor Rami Malek and the musical sequences have been described as electrifying.

The title of the movie is synonymous with the name of the song, written by Freddie Mercury for the 1975 album “A Night at the Opera.” A roughly 6 minute musical suite, it consists of various loosely stitched together sections using a chorus. A ballad segment, an operatic passage, a hard rock part and a reflective coda follow an opening intro. Various commentators have speculated on the song’s “fatalistic lyrics,” finding references ranging from “random rhyming nonsense” to repercussions “of the sodomy laws of the time.” Be that as it may, it is the title “Rhapsody” that holds primary interest for the music historian. 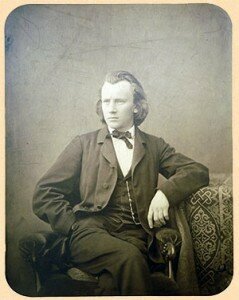 The word “Rhapsody” originated in ancient Greece and described an episodic poem, with one section freely followed by the next. It assumed renewed importance in the 19th century and was used to describe compositions in free form with an often highly dramatic character. In addition, it often revolved around a particular national theme. For Freddy Mercury, “Bohemian” most definitely did not describe a specific place or time but clearly referred to a particular lifestyle. For Franz Liszt, on the other hand, the “Hungarian Rhapsody” embodied the pure expressions of gypsy music and culture. Hungarian by birth, Liszt originally composed a set of 19 piano pieces based on Hungarian folk themes and subsequently arranged some of them for a number of different mediums. In all, 3 feature films with the title “Hungarian Rhapsody” have been produced. And in an interesting twist, the 2012 Queen concert film ran under the title “Hungarian Rhapsody: Queen Live in Budapest.”

Taking inspiration from Johannes Brahms’s Hungarian Dances, Antonín Dvořák drafted a series of 16 pieces for piano four hands. Entitled Slavonic Dances, the first installment published as Op. 46 in 1878 was immediately popular. Orchestrated on behest of Dvořák’s publisher, these dances of lively and national character are still considered among his most memorable works. Dvořák drew on a number of dance types in these compositions, including the furiant, the dumka, the polka, the sousedská, the skočná, the mazurka, the odzemek, the špacírka, the kolo and the polonaise. Concurrently with composing the Slavonic Dances, Dvořák also completed a grand total of 3 Slavonic Rhapsodies. These three independent orchestral works present a loose collection of characteristic dances that have since found a foothold in popular culture. 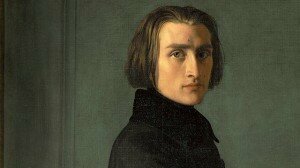 The Alto Rhapsody is one of Johannes Brahms’s most personal works. This setting of a text by Goethe about a lonely and embittered man had particular significance for Brahms. You see, Clara Schumann wrote in her diary that after she announced the engagement of her daughter Julie Schumann to an Italian count on 11 July 1869, Brahms suddenly began to behave differently. “Johannes,” she writes “is quite transformed; he seldom comes to the house and is monosyllabic.” When he presented the work as a wedding gift for Julie Schumann, Clara wrote once more, “A few days Johannes showed me a wonderful work…. He called it his bridal song. It is long since I have received so profound an impression; it shook me to my core by the deep-felt grief of its words and music.” Forced to abandon his undeclared love, Brahms sublimated his grief into a setting of rhapsodic character. And have you noticed that his setting also includes a chorus?