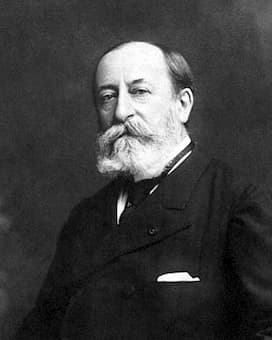 The match between the French composer Camille Saint-Saëns and the Spanish violin virtuoso Pablo Sarasate was ideal – even when Sarasate didn’t play the premiere of a Saint-Saëns violin work, his light and nimble style was always there in the music.

Taking not Spain but Cuba as his inspiration, Saint-Saëns wrote his Havanaise inspired, it is said, by a crackling hotel-room fire. Hearing in that sound a Cuban habanera, Saint-Saëns wrote over the rhythm to give the violin a kind of extended song. Saint-Saëns picked up that habanera sound from one of the still-most-famous habaneras in classical music – the habanera aria in Carmen. 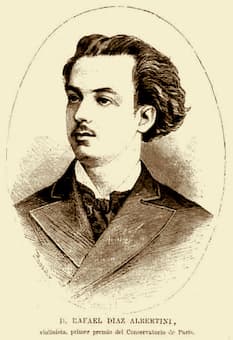 Saint-Saëns isn’t painting a picture here, there’s no sound imagery or narrative being expressed but he’s giving us abstract image of musical Cuba – a rich orchestral sound is balanced by the singing voice of the violin.

In the second section, we get the fireworks we expect from virtuoso violin playing but then it returns, again and again, to the opening song. What we don’t get, however, are the true solo turns: the codas or the cadenzas where the violinist can really show off his powerhouse command of the instrument.

The premiere of the work was given by, appropriately enough, a Cuban violinist, Rafael Díaz Albertini, to whom the work is also dedicated.

Written while Saint-Saëns was on tour with the violinist in 1887, the work is a brilliant combination of Afro-Cuban melodies and compelling rhythms and ends up as a unique work, in the classical world, of popular and classical music. Saint-Saëns brings in the exotic sound of the warm south, as so many French composers did, but in summoning the spirit of Cuba and not Spain, he brings something much more interesting to the music banquet.

Saint-Saëns: Havanaise in E major, Op. 83 for violin and orchestra

This performance, with Henryk Szeryng on violin and Edouard Lindenberg conducting the Orchestre national de la Radio-télévision française, was recorded in Paris in 1951. Henryk Szeryng (1918-1988) was a Polish-Mexican violinist who graduated from the Paris Conservatoire in 1937. He studied composition in Paris with Nadia Boulanger at the same time. Accompanying the leader of the Polish government in exile on a trip to Mexico in 1941, he was so impressed with the country that he sought citizenship there, achieving it in 1946. A visit by pianist Arthur Rubinstein to the Mexico City gave Szeryng the encouragement to take up concert performances again and the violinist and pianist played together for the rest of their careers. 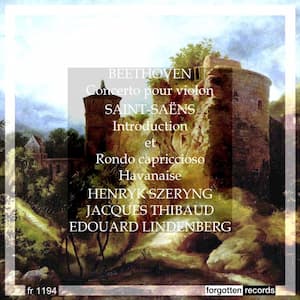