If there is one opera I love above all others, it has to be Georges Bizet’s Carmen. It contains beautiful and ethnic melodies, plenty of action and great drama. But the reason I personally rate it above others in the colourful and imaginative world of opera, is the fact that there is no stronger woman character than Carmen. 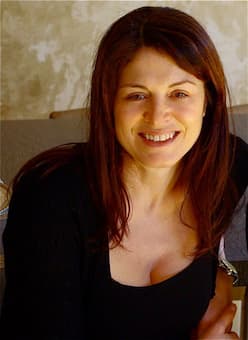 She is the most intelligent person in the story, and she manages to free her husband from jail while organizing all the business transactions of a band of smugglers. She is smart, brave, resolute, independent, and exotic. Carmen is obsessed by her physicality, her body and its movements, and although she is a prostitute, she is primarily interested in having sex for the sake of physical closeness, and not for earning money. What a character, what a role, and what gorgeous music. So we decided to present some of the best and sexiest performance of Carmen’s “Habanera,” starting with a rendition by Anna Antonacci. Theatrically speaking, she really plays the part, don’t you think? 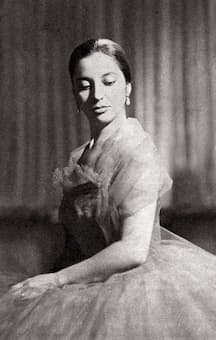 The opera is set in Seville around the year 1830, and it deals with the love and jealousy of the soldier Don José. Don José is a naïve soldier who forsakes his duties as a soldier and abandons his childhood sweetheart Micaëla as he is seduced by the fiery gypsy factory-girl Carmen. In the end, he loses Carmen’s love to the glamorous torero Escamillo, and he kills Carmen in a jealous rage. The famous “Habanera” aria sounds at the beginning of Act 1, as the cigarette girls emerge from the factory. They exchange flirty banter with the young men in the crowd, and Carmen enters. She sings her provocative habanera on the untamed nature of love, and all the men plead with her to choose a lover. After she teases the crowd, she throws a flower to Don José, who has thus far been ignoring her. 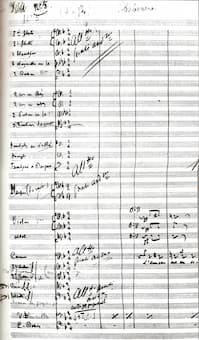 The Spanish mezzo-soprano Teresa Berganza has long been intimately connected with the role of Carmen. Known for her “technical virtuosity, musical intelligence, and her beguiling stage presence,” her seductive performance is exquisitely psychological, as the inflections of her voice and her delicate phrasing allows us to immediately understand and feel this aria, even with our eyes closed. Past or present, this is one of my favorite performances of this aria. 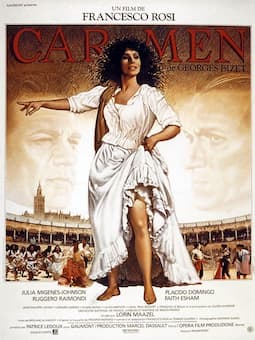 The opera is loaded with sexual imagery, and the first performance in Paris in 1875 shocked the audience. Here was a woman who smoked and loved, and she did exactly as she pleased. It’s the stuff of Hollywood movies, and unsurprisingly, Carmen has been the subject of a number of screen productions. Julia Migenes (b. 1949) is primarily known for her musical theatre appearances on Broadway; maybe that’s why she plays such a convincing Carmen on the silver screen? Did you know that there was also a “Carmen on Ice”? 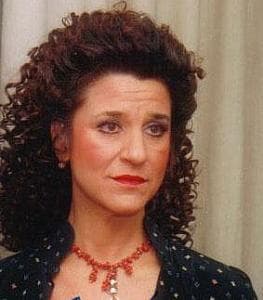 Feminist musicology tells us that “Carmen’s powerful sexuality engenders a sense of male inadequacy, and it is one of the reasons why the character has to be punished and killed at the end of the opera… Carmen is a victim of male paranoia about female power, and the opera demands Carmen’s death as a means to reaffirm the male hegemony, which her transgressive sexuality has disturbed.” Following that line of reasoning, Carmen only exists through the cultural imagination of others. Either I don’t completely understand or I am not entirely convinced. When I listen to the way Agnes Baltsa slides seductively into her phrases, or how she playfully stretches the famous rhythmic pattern of the dance, it takes very little imagination, culturally or other, to get those hips moving. 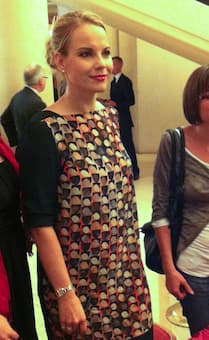 There have been many fiery debates recently, particularly in that strange artificial world called academia. Carmen’s body seems to be the battlefield in a war between the sexes, and it is fought over by male roles attempting to tame the uncivilized, and to subdue and master it. It seems to me that much of this battle of genders is already depicted in Bizet’s score, and that includes the seductive, exotic and sexual focus on Carmen’s body. I just love the performance by Latvian mezzo-soprano Elīna Garanča, because her focus rests not purely on the sexuality of the character, but also on self-confidence and sensuality. Carmen is no longer a one-dimensional and sex starved character, but a multi-faceted, real, and modern woman. Garanča has admirable control of her voice at all times, and she has such a powerful and rich timbre in the lower register. Some commentators have likened her voice “to crushed velvet.” 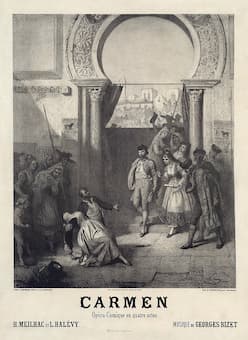 Poster for the premiere of Georges Bizet’s Carmen

George Bizet was highly optimistic about the premiere performance of Carmen. Final rehearsals had gone very well, and a great many leading musical figures of Paris attended the premiere. Things got a bit complicated, however, when Charles Gounod bitterly complaining that Bizet had stolen one of his melodies for Micaëla’s aria in the 3rd Act. “Mr. Bizet as is known,” wrote a critic, “belongs to that new sect that believes in vaporizing musical ideas instead of enclosing them within definite bounds… Also, the role of Carmen is not a success for it is trivial and brutal, turning this feline girl into a cynical harlot.” Bizet died a mere three months after the premiere, and he was completely unaware that Carmen would achieve international stardom within the following decade. 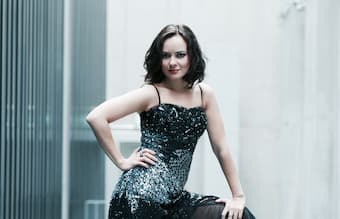 One of my recent favorite and feisty performances was given by Anna Goryachova, “who deploys her mezzo voice like a weapon of war.” I really don’t understand why Carmen appears in an ape costume in this production; maybe somebody can please explain this to me? And now you know some of my personal favorites when it comes to Carmen within the context of a full opera performance. Of course, there are many, many more; what are yours?