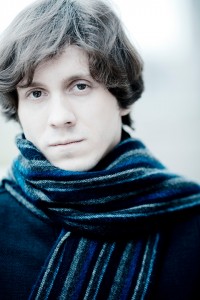 Two of the world’s most outstanding talents – Daniil Trifonov and Rafal Blechacz were featured earlier this month in the South China Morning Post. The article was meant to alert Hong Kong audience to their imminent recitals in late September and early October, outlining their accomplishments thus encouraging attendance. Unfortunately, the headlines and opening paragraphs prompted a strong reaction from me.

Either due to sheer co-incidence, or perhaps, deliberate programming, they will both be performing the same Chopin Sonata #2 in B flat minor. Considering the fact that Chopin only wrote three piano sonatas, I suspect the “co-incidence” theory is more likely to hold true. Nonetheless, regardless of repertoire, I would most definitely relish the privilege of hearing both musical geniuses back to back. Disappointingly, the writer turned this remarkable occasion into an unnecessary “spectacle”, urging the audience to be their own “competition judge”, compare renditions of the same piece and vote “which moves them the most”! My questions to the writer are: – What is the point in selecting one over the other? Why not accept each version as unique? Why can’t we embrace both interpretations? In this age of social media, everyone under the sun feels entitled to an opinion – justified or not – and assumes the right to voice it openly. As an audience, why not focus on integrative appreciation, and leave the judging to qualified professionals?

Virtuoso musicians are each giving individual performances of Chopin’s Sonata No.2 in B-flat minor

It is unusual in Hong Kong to have the chance to hear exactly the same piece of music, played by two of the world’s greatest performers, within two weeks of each other.

But at the end of September and the beginning of October, two winners of top prizes at recent Frédéric Chopin international piano competitions will perform the 25-minute Chopin Sonata No.2 in B-flat minor Opus 35. And those members of the audience who are lucky enough to hear them both will be able to be their own ‘competition judges’ of which moves them the most.” 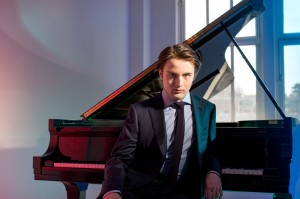 In the interview, Rubinstein furiously rejected the notion of comparing art and artists. When bestowed the title – “Greatest Pianist of this Century”, he not only vehemently denied such an accolade, but was enraged when he heard that, claiming the statement to be “absolute sheer horrible nonsense”! He ranted at length: “Nothing in art can be the best…..it is only different! An artist must have an unconformable personality……he must be the one and nobody else……must be alone in the world by himself…..each one is in a world by himself…..they are alone…..”! He cited Beethoven and Mozart as alone also, like him. Still feisty, he continued emphatically: “If I am a pianist, then I am a pianist of my kind which pleases so many people who like my kind of playing……”!! The documentary was most awe-inspiring – not only highlighted his passion for life and music, but his humanity and humility.

I often brag about “discovering” Daiil Trifonov in Warsaw at the Chopin International Piano Competition in 2010, just prior to his exploding onto the world stage. He was a wiry, adorable, 19 year old, with a Beatles-like pageboy haircut, always carrying a backpack just like any ordinary college student. At his very first performance, I was so mesmerized that I instantly became his groupie, with eyes (and ears) just for him only. Mind you, he was then relatively unknown, had not won any major competitions yet, therefore did not receive as much public attention as other “hot” candidates present. Observing astutely his demeanor, I was impressed by his “normalcy”, his pleasantry and amiable personality. Most memorable was our first handshake. To my shocking surprise, his hands were soft like cotton, as if there were no bones supporting the flesh. I remember being totally intrigued by how these immaculately supple hands could generate such immensely powerful sounds. Another amazing feature was his eyes. When one watches his performances on video with close-up cameras, one would inevitably notice his gaze, which seems to be enraptured by a higher, more compelling force on the horizon, enticing us to transcend with him to a mystical, magical place.

During the competition, I had the distinct advantage of sitting right behind the panel of venerable judges, the most animated being Martha Argerich. It was of course impossible not to be distracted by the judges’ every expression and movement. All through most candidates’ performances, Argerich would flip the scores tirelessly back and forth, gesturing or whispering to her neighbouring colleagues her opinions, often seemingly contradictory. However, whenever Trifonov played, she remained absolutely still, silent, engrossed and enamoured, like me. At those moments, I knew my musical taste was validated by her.

Comments in 2011 by Martha Argerich to the Financial Times:

“Trifonov had ‘everything and more’………What he does with his hands is technically incredible. It’s also his touch – he has tenderness and also the demonic element. I never heard anything like that.”

Echoing her, in 2017, Alex Ross, music critic of The New Yorker wrote:

“…Daniil Trifonov creates a furor. …[as did] Vladimir Horowitz…, Paderewski…, Sviatoslav Richter, the young Martha Argerich, and the young Evgeny Kissin… Furor pianists exhibit intelligence as well as dexterity; they often make curious interpretive choices that cause head-shaking at intermission. They give a hint of the unearthly, the diabolical.… Trifonov has a rare combination of monstrous technique and lustrous tone. The characteristic Trifonov effect is a rapid, glistening flurry of notes that hardly seems to involve the mechanical action of hammers and strings.”

Unfortunately I have never had the experience of listening to Rafal Blechacz in person. In 2005, he was the sole recipient of all five prizes at the 15th International Frederick Chopin Piano Competition in Warsaw – the overall first prize as well as the polonaise, mazurka, sonata, and concerto prizes. No other pianist had achieved this distinguished honour. He was also the first Polish person to win the prize since 1975, when Krystian Zimerman won.

Zimerman is one of my most revered pianists. He portrays an air of aristocracy, dignity and elegance. It is a rare treat to witness in tandem, subtlety and warmth, gentility and intensity, intimacy and grandiosity. Blechacz not only shares the above attributes, he speaks Chopin’s music eloquently, like his mother tongue. I was particularly touched by the thunderous applause following his encore – Chopin’s “Minute Waltz” op. 64 #1 – at his winner’s recital, the kind of applause usually reserved for technically overwhelming repertoire. Obviously, the audience was charmed by his natural finesse.

One of the prominent judges John O’Conor wrote:

“He is one of the greatest artists I have had a chance to hear in my entire life.”

“Poised and elegant pianism from Rafał Blechacz……has kept a fairly low media profile since [his Chopin prize]. Judging from his appearance at the Wigmore Hall early this new year, he seems a quiet and modest musician, and there is nothing attention-seeking about his performance, which was quite refreshing in this age of young pianists with strong personalities.”