Rarely has a live concert series been so eagerly anticipated. Twenty lunchtime recitals at London’s pre-eminent chamber music venue featuring such luminaries of the classical music world as pianists Stephen Hough, Pavel Kolesnikov, Angela Hewitt and Mitsuko Uchida, singers Lucy Crowe and Roderick Williams, cellist Steven Isserlis and guitarist Sean Shibe. What links these musicians, apart from their exceptional talent and international standing, is that they are all able to travel to the Wigmore Hall easily, avoiding public transport. For in these days of corona special measures are required. 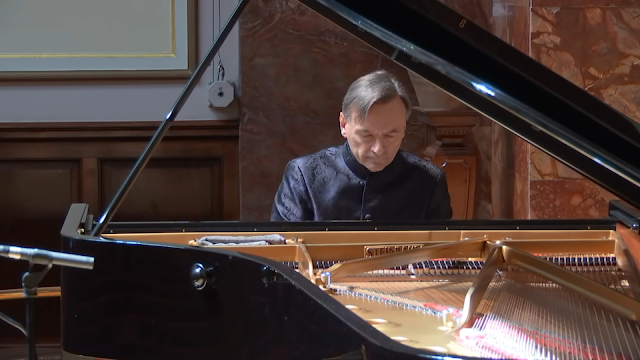 Why is this concert series so significant, so tear-jerkingly meaningful? Because in the third week of March 2020, Wigmore Hall, along with other music venues, theatres, cinemas and opera houses, closed its doors in the wake of the coronavirus pandemic. In one savage guillotine-like blow, London’s cultural life was shut down.

As these are concerts in lockdown, there is no actual, physical audience. The musicians perform to a hall empty but for the BBC Radio Three presenter and the director of Wigmore Hall, John Gilhooly. The concerts are a collaboration between the hall and Radio Three, made possible by a generous donation, and are seen by many as a “glimmer of hope” in these troubled times; hope that perhaps in the not too distant future the music venues which are currently silent will be filled with music and people once again. This is the first time since the sixteenth century that our music and other cultural venues have been ordered to remain silent and closed; even during wartime the music played on with musicians such as Myra Hess giving regular recitals as the bombs rained on London. 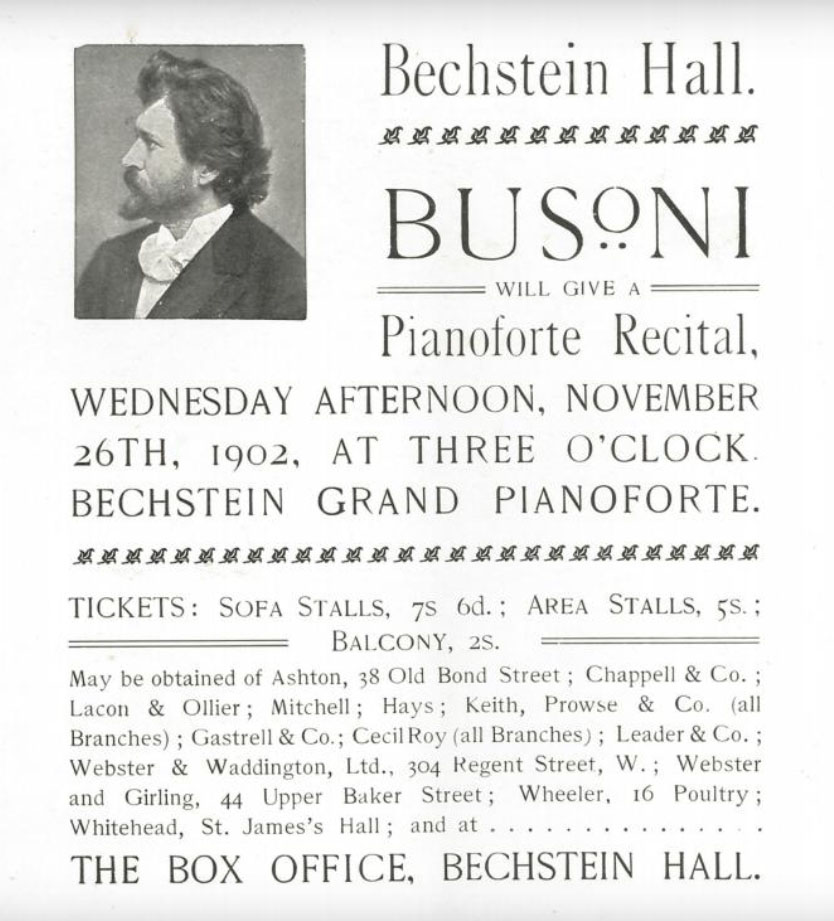 The programme was, of course, exemplary in both its selection and execution. One can guarantee that Stephen Hough will always perform music which is so much more than notes on the page and he opened his recital with Ferruccio Busoni’s transcription for piano of Bach’s extraordinary Chaconne from the D minor violin Partita. Busoni was a regular performer at the Wigmore, then Bechstein Hall, in its early years, and indeed played at the hall’s inaugural concert. His transcription of the Chaconne is a romantic tour de force, for both instrument and player, a fantasy of sorts, while remaining faithful to Bach’s original conception. Robert Schumann’s Fantasie in C, Op. 17, is also a tour de force, of the myriad facets of love, originally conceived as a deep lament for his beloved Clara during a period of enforcement separation. The significance of this piece was not lost on anyone who tuned in to the concert; we were most of us listening in enforced isolation, separated from family and friends.

This music is profoundly moving at the best of times, and now, in what for the music industry is the worst of times, it had a special resonance, emotionally charged, brave yet never showy, authoritative and thoughtful and, in the Schumann, both extrovert and virtuosic and passionately tender. Inspiring, uplifting and painfully wonderful, there was Stephen Hough on stage, immaculate in his usual concert attire, playing beautifully to an empty hall. 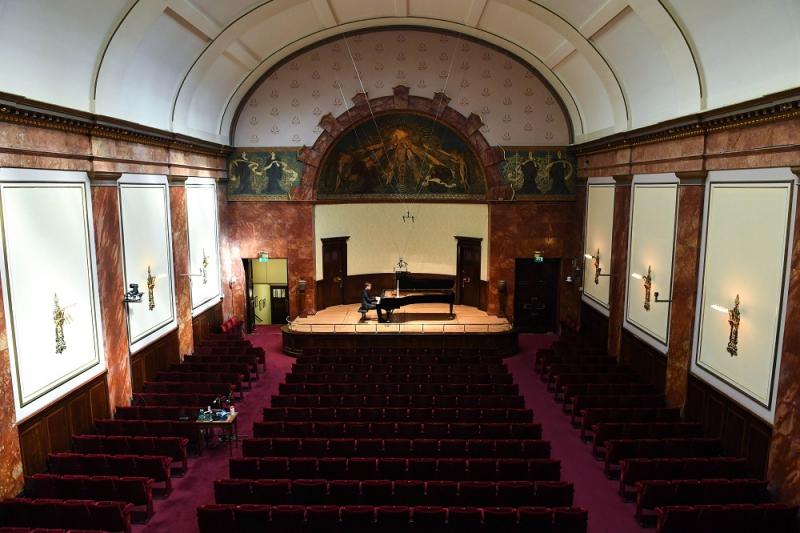 How does it feel, to perform without an audience? As Stephen Hough said in a TV interview after the concert, the audience are a crucial part of the concert experience for the performer. Not only does a hall full of people have a different acoustic, but a living, breathing – and, yes, coughing – audience creates “a very active involvement in the music, and I think a performer senses this, the energy…and that quietness, when people are listening and attentive, and you feel an electricity there that you cannot replicate” (Stephen Hough).

An empty hall has a different kind of quietness, and in that strange solitude Busoni’s architecture seemed all the more monumental, while Schumann’s inner struggles had a greater poignancy. Tinged with sadness – we don’t know when we will be able to return to proper live concerts – the performance was also uplifting, hopeful too: when we can enjoy such wonderful music-making as this via a livestream, life seems a little brighter. All live music is not lost after all.

Apparently, some 2000 people tuned in for the livestream performance, which was notable for the high quality of both sound and filming (for piano nerds like me, close ups of the pianist’s hands were a real treat – you just don’t get that close as an audience member). Almost as moving as the performance itself, was how it drew so many music lovers and musicians together in a spirit of gentle hope and gratitude. There was, via the social networks, a shared experience too. Not the same shared experience as one enjoys at a concert with friends, but nonetheless a very palpable togetherness. I knew I was listening at the same time as several of my regular concert companions, albeit remotely, and this brought a feeling of solidarity too. Because we will be back at Wigmore Hall. We will once again sink into its plush red velvet seats, open the programme to peruse the evening’s offering, enjoy conversation and wine during the interval, and experience the incomparable thrill of live music.