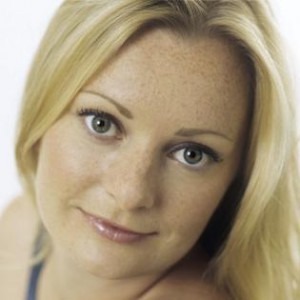 Lucy Crowe has established a reputation as one of the world’s leading lyric sopranos. Acclaimed for her powerful stage presence, she is a regular performer at the Glyndebourne Festival, and increasingly in demand at opera houses across the world, from the Deutsche Oper Berlin to the Met. Yet her musical and dramatic versatility perhaps stems from her earliest musical experiences.

“I have always wanted to be an opera singer,” she says. “Growing up, my mum used to play her favourite music all the time, which consisted of Handel’s Messiah, Maria Callas’s greatest hits, the soundtrack to Blood Brothers the musical, and Abba.” We may have to wait a few years for her West end debut, but Crowe cites the influence of Callas as particularly strong: “I would sing along to all this music from a very young age and it became something I loved to do. Not only that, it became a way I could channel my emotions. I was quite badly bullied at school and to come home and sing along to, say, “Vissi D’arte” was incredibly therapeutic!”

While Crowe says that she ‘hopes to get to sing bel canto roles in the future’, her earliest successes were in Baroque repertoire. She made her Covent Garden debut (an experience she describes as “a great moment in my life”) as Belinda in Purcell’s Dido and Aeneas, and has sung Drusilla in Monteverdi’s The Coronation of Poppea for English National Opera and Purcell’s The Fairy Queen with William Christie at Glyndebourne.

The Glyndebourne production in particular was remarkable for its imaginative staging, something that Crowe has plenty of experience in: “Another exciting and memorable debut was at the Lyric Opera Chicago. I sang Iole in Peter Sellar’s new production of Handel’s Hercules. In her first aria Iole sings of Liberty, and I did this whilst wearing an orange jumpsuit, a black hood over the whole of my face and my hands bound!” 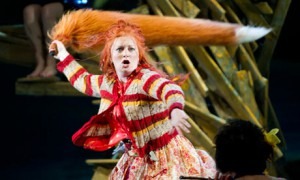 While she received great praise for her Iole, describing it as ‘overwhelming to feel so welcomed by the US audience and critics’, Crowe’s aspirations are the future are for a different sort of repertoire – the ‘great tragic heroines’ of Verdi, Puccini and Bellini. “Maybe it was listening to Callas growing up”, she says, “or simply because the weight and depth of emotion this music carries moves me so much. The need for a fabulous technique, wonderful legato line and breathtaking coloratura all amounts to singing these roles being something I am striving for”. Yet she is in no hurry: “Of course I have to keep my fingers very tightly crossed that my voice will continue to develop so these roles are possible for me and I have to be very patient. I did recently sing Gilda in Rigoletto at Covent Garden, so I am seeing this as a good start!”

The singer’s lifestyle, especially that of an opera singer, is a hectic one. Crowe considers it vital, however, to maintain interests outside singing. Perhaps unsurprisingly for those who say her in the title role of Glyndebourne’s The Cunning Little Vixen, she is passionate about the natural world. “I adore animals”, she says, “and love seeing them in their natural habitat – I have trekked gorillas in Africa, seen leatherback turtles lay their eggs in Trinidad, watched humpback whales in Australia and hoped to see tigers in India, but sadly they didn’t want to say hello when I was there!”

Yet there seems to be no sign of Crowe slowing down – she talks excitedly about lots of future repertoire to “get her teeth into”, and looks forward to roles at Covent Garden, English National Opera and a range of concert performances too. “I knew from a young age that I wanted this to be my profession. Though I don’t think I could even call it that,” she says – “it’s my passion, and I feel hugely privileged and lucky to be earning a living doing it. Not many people get to live their dreams.”

If love’s a sweet passion, why does it torment
Purcell : The Fairy Queen