Composers Anecdotes
The Dangers of being a Musical Prodigy
Wolfie Mozart and Smallpox
by Georg Predota September 2nd, 2017
Tags: Mozart 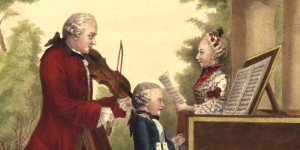 Growing up a musical genius can be very dangerous! When Leopold Mozart realized that his son Wolfgang had a unique talent, he saw a great opportunity to make money. Shuffling his son and daughter around the courts and musical centers of Western Europe, Leopold was convinced that he was sitting on a musical goldmine. Jetting around Europe was great fun for the children, but it also put them in grave danger. From family letters we learn that Wolfgang contracted typhoid fever, a severe rash, which may have been Henoch Schoenlein purpura, and numerous upper respiratory infections. 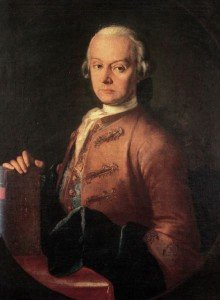 Most seriously, however, Wolfgang was struck by smallpox at the age of 11. Rudimentary inoculations had been available, but Leopold definitely was an outspoken opponent of vaccinations. “They are trying to persuade me to let my boy be inoculated with smallpox,” he writes. “But as I have expressed sufficiently clearly my aversion to this impertinence, they are leaving me in peace. Here inoculation is the general fashion. But for my part I leave the matter to the grace of God. It depends on His grace whether He wishes to keep this prodigy of nature in this world in which He placed it or to take it to Himself.” Popular resistance was fierce, and the Roman Catholic Church opposed vaccination on religious grounds; then as now, ignorance reigns! 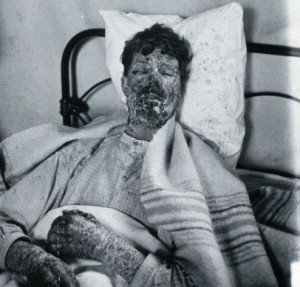 In September 1767, Leopold took his family to Vienna to make money from the upcoming celebrations surrounding the marriage of Archduchess Maria Josepha. However, a smallpox outbreak soon gripped the city and the royal bride and her two sisters died. The Mozarts fled first to Brno, and then to Olmütz, where Wolfgang showed the first symptoms of infection. Leopold later wrote, “Wolfgang was complaining about his eyes. I noticed his head was warm, that his cheeks were hot and very red, but that his hands were cold as ice. Moreover, his pulse was not right. So we gave him some black powder and put him to bed. During the night he was rather restless and in the morning he still had the dry fever.” Leopold didn’t tell anyone that Wolfgang “could see nothing for nine days and had to spare his eyes for several weeks after his recovery.” Wolfgang eventually did recover, but the illness left pockmarks on his face. Once Wolfgang had recuperated, his sister Nannerl contracted the disease and was ill for three weeks! Smallpox continued to strike the Mozart family in subsequent generations, and recent studies have postulated a possible link between Wolfgang’s paediatric medical history and his early death. Thanks Leopold!