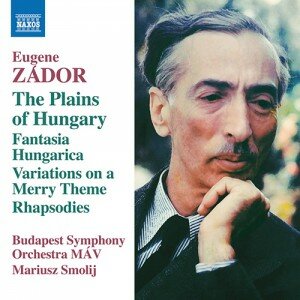 From ZÁDOR, E.: Plains of Hungary (The) / Fantasia Hungarica / Variations on a Merry Theme (2018)

In the last two decades of his career Eugene Zádor, whose music fused Classicism with Romanticism to universal acclaim, wrote a series of works that reflected his Hungarian roots. Subtly flavoured by folklore without any direct quotations, Zádor’s facility for melody, harmony and colour is exemplified in the Rhapsody for Orchestra.