What sort of things go into making a piece of music?

There are many ways to hear a composition. From a composer’s point of view, you could come up with a concept or idea about your piece. That could come from an inspirational source such as a book, a play, a person you admire or dislike, or even from another piece of music, or out of pure imagination.

Some composers put their heart and soul into a particular piece, and usually, you can feel that. As an example, it’s hard not to hear the yearning and passion in Barber’s Adagio for Strings. 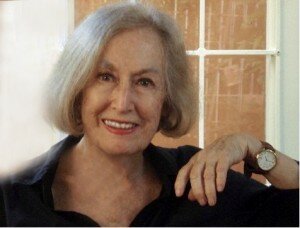 I’ve been finding the music of Australian composer Betty Beath quite intriguing, some of it has captured my attention. One piece in particular, From a Quiet Place, for viola and piano has a variety of colours and emotional expressions throughout the work. The piece is in three movements and runs for about 16 minutes. It ranges from the meditative to the bright and active. But, what Beath says about her work, renders a small world of feelings and emotions that offer a greater understanding of the fabric of life.

I wrote FROM A QUIET PLACE for Patricia Pollett. I very much admire her musicianship. In performance she and her instrument are as one. I allowed this piece to come from that quiet place in which there is response to the intuitive within. Another influence was the vibrating, infinitely sweet, sometimes robust and dynamic sounds of Nepalese Singing Bowls. FROM A QUIET PLACE may be described as a meditative piece. I hoped to create a work in which simplicity, line and tone were important elements and I see the piano, which is performed here with great sensitivity by Colin Spiers, as fundamental in creating harmonic interest. It gives warmth and richness to the musical fabric.

The work comprises three movements, which may be considered and performed as separate pieces. The first movement establishes a dialogue between viola and piano, the second moves through moods of tranquillity to exultation and final serenity, the third is a joyful, animated response to the pleasures of life.

When a composer talks about their works, we should listen to find out what their music is about. We have to try to understand what it is they are expressing and trying to capture in their music because everyone hears with different ears.

Years ago, I wrote an article on a painter. She got annoyed with me because I described one of her artworks in a way that she said was incorrect. She said that what I had written about her painting was wrong and said that what I drew from her work was not what she intended and would give people the wrong idea of her painting. I didn’t say anything negative about her work; I viewed it differently to her. I didn’t ask her about the painting before I wrote my response to it, I just went ahead and wrote what I thought it said, but I now feel I was wrong to do this.

When I first heard Beath’s From a Quiet Place, I could not hear what she spoke about in her description of her work. But after reading her explanation, I heard it with new ears, and it all made more sense to me. It brought the piece alive in terms that I would never have discovered without her explanation.

Most critics and reviewers feel that what they say about a work, regardless of the artist’s statement is a justified expression of what they are reviewing. It is interesting to get people’s interpretations of artworks, but is it useful or correct to apply your view to a work that does not represent the artist’s inspiration?

We seem to take for granted that what history says about a work of art is correct, regardless of what the artist had to say about their work. If the creator is long dead, and they left no indication of what they were saying, we can do little else. But if the creator has left an artists statement on their work, I feel we should be honouring their intentions in reviewing it.

That’s not to say something cannot be interpreted, but it must be stated what the artist says about their own work alongside anyone writing on their work. Then there is balance and fairness and both sides are recorded and can be read and assessed, and maybe then, further discussion will develop, and not the understanding of a work of art coming to a halt just because a critic has said something about it.

Listening with new ears will help to open up a piece of music, and if you can get to read what the composer says about it, take the time, it will add a new dimension to your understanding of the piece.