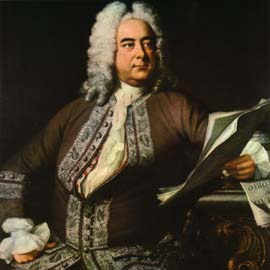 George Frideric Handel (1685-1759), the great German-English composer, was almost completely blind by 1751. As a result, he was unable to finish his final piece of music “Jephtha”. Handel was told by Samuel Sharp, an eye specialist at Guy’s hospital, that his condition could not be improved without surgery, and suggested that he should just learn to accept his fate and perhaps consider partnering with John Stanley, a performer who had been blind since childhood.

However, Handel could not accept the truth. He called his condition “worse than beggary, old age or chains.” “Mr Sharp, have you never read the Scriptures? Do you not recall that when the blind lead the blind, they will only end up falling into the ditch?” replied Handel angrily.

The famous John Taylor, the same cataract surgeon who had operated on Johann Sebastian Bach, was then called to the case. Given Handel’s reputation at that time, it was obviously a great opportunity Taylor immediately grasped. As the saying goes in today’s tabloid-ridden society—“there’s no such thing as bad publicity”. So, here was John Taylor again as George Frideric Handel’s eye surgeon. As with Bach’s case, not only did Taylor not help the condition, many believed he worsened it.

In August the next year, the London papers announced that Handel was blind. However, Handel had an amazing memory and could still perform music based on his memory. But he was helpless in daily life.

Experts believe that Handel’s affliction had not in fact been caused by cataracts. Some accounts suggest that Taylor believed Handel had instead suffered from glaucoma. But Taylor proceeded with the cataract operation anyway. Six years later, Handel contacted Taylor for another cataract operation, but it failed again.

Handel suffered a number of strokes in his later years, the first of which in 1737 temporarily robbed him of the use of his right hand. This hand continued to become paralysed again and again in later years, and was eventually accompanied by disorders of the mind. It has therefore been speculated that Handel’s loss of vision was caused by a vascular disease of the brain rather than cataracts. How could the surgery have been successful if the diagnosis had been incorrect to begin with?

The same Dr Taylor could have saved Bach’s eyesight with better surgical care and could have helped Handel’s eyesight by not operating. Unfortunately, he did neither. 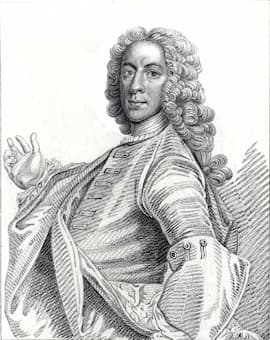 What kind of man was John Taylor? While the two accounts with Bach and Handel suggest him to be nothing but a con man using his superior talents in self-promotion to earn his fame and fortune, we must not forget that he existed at a time when the blind were often fitted with asses’ ears or peacock feathers to be displayed as objects of entertainment. Perhaps Taylor’s existence served as some sort of relief to the blind, regardless of his true motives and many failures.

And after all, Taylor was a doctor who received proper training and a proper education, and studied under a genuine surgeon. He did, after all, receive qualifications from several universities, such as Cologne, Liege and Basle. There were, after all, accounts where he refused surgery when he thought intervention was dangerous or success unlikely. And no one can claim that his existence was completely useless in contributing to our knowledge of eye diseases. And though his practices were clearly tainted with dishonest motives, he did show some promise as an eye surgeon early on in his career.

Sadly, Taylor’s major talent was self-promotion and deception, rather than acts of healing. In fact, it turns out he was also famous for his skills in womanizing. Clearly, he was expert at hiding his ignorance under vague medical recordings that were often criticized as being too fuzzy to know what he really meant.

And the irony of the story? Well, it appeared that John Taylor spent the last years of his life in complete blindness. Even the year of his death is still debated. Some records suggest he died in obscurity in 1772, while the musicologist Dr. Charles Burney claims Taylor passed away on the morning of Friday 16th November 1770 in Rome, after dining together a few days before hand. And finally, famous English writer Samuel Johnson probably made Taylor a little more infamous by quoting his life and career as an example of “how far impudence may carry ignorance.”