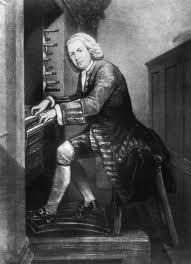 ‘Father of Music’ Johann Sebastian Bach (1685-1750) suffered visual problems from a young age. In his portrait, Bach appears to squint, and the way his facial muscles are aligned has led analysts to believe that he suffered from shortsightedness. His condition was probably mild, however. If it was serious, it would have been very difficult for him to play the organ. With both feet pressing against the organ pedal, the body would naturally lean backward, and the eyes would then be further away from the music. Yet according to his son, his eyesight was always weak; and according to his first biographer Forkel, he had a “very painful disorder in the eyes”.

By the time Bach reached the age of 64, his eye sight and general health were failing him. As a result, Bach had difficulties completing his final piece of work “the Art of Fugue” (Die Kunst der Fuge). Then, he heard of Taylor at one of the public lectures in Leipzig, Germany.


John Taylor (1703–1772) was a well-known British eye surgeon. Appointed eye surgeon to King George II and many of the European courts, he was honoured by many and wrote many books, including his autobiography. And like most eye surgeons in his day, he travelled and practiced his medicine extensively in different towns. 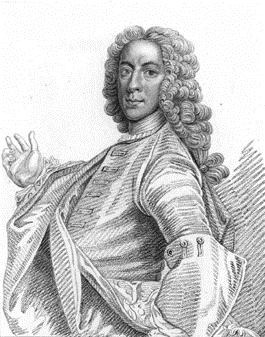 Taylor would begin his practice in each new city with a big lecture. This attracted large crowds to his lessons, and so did the exuberant paintings of eyes on the exterior of his carriage. Before performing each surgical procedure, he would deliver a long, self-promoting speech in his own unusual style. In fact, his arrival would be publicized several days in advance. He claimed that his unsurpassed surgical skills could cure misaligned eyes. He made his name as a cataract surgeon. The procedure he performed involved using a hook needle or thorn to pass through the cornea or sclera into the opaque material caused by cataract, in order to manipulate it, break it up or “couch” it below the pupil level. Many say travelling was common practice for eye surgeons in those days, because improvement from treatment was often temporary, so travelling allowed them to flee before the bad effects could surface.

Determined to complete his life’s work, Bach sought Taylor out and underwent two painful eye operations. The condition that he suffered was likely to be cataracts. Cataracts occurring in the elderly are characterized by an initial opacity in the lens, subsequent swelling of the lens and final shrinkage with complete loss of transparency. The modern-day treatment for cataracts is to make a cut into the envelop of the lens and surgically remove the cloudy lens, not unlike couching.  However, with modern instruments, anesthesia and antisepsis, the operation is highly effective and takes no more than 15 minutes.

More than a hundred years before John Taylor’s time, the Chinese eye surgeon Fu Renyu reported curing cataracts with the couching procedure, which he carried out with a curved needle. In his book Shen Shi Yao Han (literally the “Sacred book of eye surgery”), he described washing the eyes of the patient with icy water until the “blood stopped flowing.” The patient was then seated with two men firmly holding his head, while he fixed the eyeball in place with one hand and removed the cataract with a gold needle with the other. He then treated the patient’s eyes with medicine and wrapped them in cotton bandages for three days.

Taylor’s operation was probably similar to Fu Renyu’s and modern-day surgery, as all the procedures involve the removal of the cloudy lens.  Back in the day, anesthesia had not yet been invented, so alcohol and opium were used to alleviate the pain from surgery.

After the surgery, Bach suffered immense pain both in the body and in the eyes, probably due to badly treated post-surgery complications. Taylor, to our surprise, reacted by dripping fresh dove blood into his eyes, and allowed Bach to further undergo blood-letting procedures that did not do much but make him weaker. On a more terrifying note, Taylor even cut a small wound next to the eyes and rubbed in bird stools and tree root in Bach’s eyes, which were then covered under bandages.

According to his biography, Bach exclaimed that he had gained a full recovery and could see completely when the bandage was taken off after three months. However, Bach suffered an apoplectic fit just within a few hours of his claim, leading many to believe that he was hallucinating. Thereafter, he suffered a stroke and fever, and fell into ten days of coma. He passed away on 28 July that year.

While the opinions are not unanimous, many historians believe that Bach’s death was largely due to complications from Taylor’s incompetence.

Imagine if Bach had never met John Taylor. How many more years would he have lived? How many more tunes would he have composed? Perhaps Bach would have gone on to complete “the Art of Fugue”. Perhaps children today would be sitting on their piano chairs, practicing a few more of his world renowned classical tunes. Or maybe, Bach would just have gone completely mad, and wished that he had actually met John Taylor. 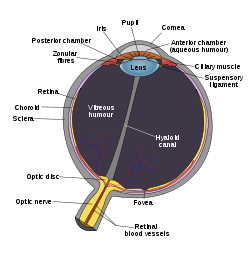