In Tune Sciences
Why Were Opera Singers Fat?
by Desiree Ho February 4th, 2011 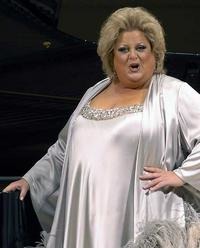 Picture in your head an image of an opera singer. Like many people, you may see the stereotype of a fat lady in an extravagant gown belting it out like there was no tomorrow. Why are opera singers fat? Or, to be more accurate, why is there such a stereotype about opera singers?

The myth about fat opera singers does have some ground in history. In the past, opera consisted of mainly small-scale productions. By the 1800s, composers and opera houses opted for grander, bigger and fancier work, and that included singers who were capable of really belting it out. The theory went that the larger the singer, the greater the lung capacity to ensure a show-stopping performance. Remember, we are talking about a time long before the invention of sound systems and fancy acoustics.

Another myth holds that having a large amount of fatty tissue around the larynx increases resonance capability to produce a pleasing sound. Yet, it is virtually impossible to have a great deal of fatty tissue around the voice box without carrying a great deal of fatty tissue elsewhere on the body. While there doesn’t appear to be any scientific evidence to support any of these theories, a study published in 2001 in the Journal of voice suggested that professional opera singers tend to develop larger rib cages, and hence might look bigger than they really are.

Mezzo-soprano Marilyn Horne once said, “Ours is a very lonely profession. Eating is company.” The more successful and popular you become, the further away from home you go, and of course, the more times you end up sleeping alone in a foreign hotel room. Busy rehearsal schedules and tours can get in the way of maintaining a regular schedule consisting of eating and exercising well.

Irregular eating habits may also explain obesity amongst opera singers. Many performers often wait until the evening performance is over before they care to take dinner. The reason is that the feeling of fullness can affect breathing, makes one sleepy, or could even lead to gastric discomfort. Hence, many singers will choose to postpone dinner in order to ensure top form. Moreover, flamboyant celebrations packed with hard-to-resist food, food and more food often follows a successful performance. If you take in the calories and don’t burn it, you will most probably put on weight. 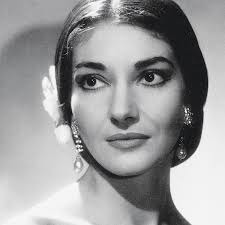 As controversial as it may sound, most singers actually want to drop the pounds and the “big lady” image that comes with being an opera singer. They try many methods to lose weight—crash diets, diet pills, liquid fasts and so on. However, many are also afraid that losing weight too fast will affect their voices, as it has been known that opera singers who lose a significant amount of weight lose vocal luster as well. Maria Callas’ voice began to deteriorate in the 50s, and many thought it was because she had lost over 30 kilograms. Her voice lost its unique touch, and it was barely enough for her to hold a high pitch.

On the other hand, leading dramatic soprano singer Deborah Voigt made international news when she was sacked from Strauss’ “Ariadne auf Naxos” at Covent Garden in London, because the director found her too big to look right in a black dress that was crucial to his staging concept. The unflattering American catch phrase about opera that “It ain’t over ’til the fat lady sings” was headlined as “The show ain’t over till the fat lady slims” in the British tabloid press. As a result, Ms Voigt, who had been struggling with her weight since adolescence, decided to undergo gastric bypass surgery—one of the most drastic measures to combat obesity. 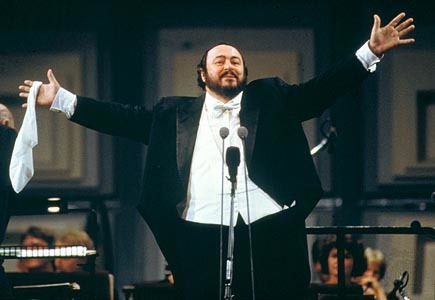 Pavarotti also tried to lose weight. However he never truly succeeded. In fact, his former wife used to joke that as long as she could still cook delicious noodles, she didn’t have to worry that Pavarotti’s heart would go astray. Yet in the end, he divorced his wife as well as left us early. Obesity causes diabetes, heart disease, stroke and arthritis. The spinal cord and knees can also deteriorate because of the extra body weight. More importantly, obesity can cause bodily infections that speed up oxidation rates. Through this mechanism, the risk of intestinal cancer, breast cancer, pancreatic cancer and prostate cancers also increase. Research results show that 20% of female and 14% of male deaths in America are due to Obesity. Smoking also increases the risk of pancreatic cancer two-folds. Though Pavarotti admitted that he occasionally smoked cigars, he would only smoke about 10 cigars in the three summer months. Therefore, obesity is probably his cause of pancreatic cancer.


Despite all the medical battles, however, Pavarotti once said, “I think a life for music is a well-spent one, and that’s what I have dedicated mine to.” Perhaps this is how we should remember him—as a musician who devoted his life and work to music.

References: When the Fat Lady Sings, Patterns of breath support in projection of the singing voice, With Surgery, Soprano Sheds a Brünnhilde Body