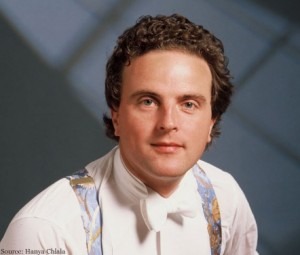 With a slight divergence from mainstream classical concert programmes, City Chamber Orchestra Hong Kong’s choice of performances captures a fuller audience base with diversified tastes. A counter-tenor recital featuring early vocal works is definitely something rare in Hong Kong, and yet it seems to attract a promising portion of knowledgable audience- it is all of a sudden so refreshing to see the general observance of standard concert dress code again.


Pieces in slower tempo are better interpreted. In particular, Chance’s interpretation of Vivaldi’s Nisi Dominus and Haendel’s Cara sposa amante cara are my favourites of the evening. Chance’s flexible sustainability of breath enables him to craft long phrases in the most expressive shapes- the tension required in this to capture audience’s attention is both technically and musically demanding, especially in performances of mostly strophic early repertoires. Moreover, Chance’s relatively more chorister and clean style of singing depicts a most moving version of Cara sposa amante cara– as I personally find extensive use of vibratos makes the piece slightly too fancy, Chance’s delivery of Dove sei, Deh! Ritorna a’pianti miei! seems to freeze the moment into utter sorrow. Other technically more demanding sections, running passages in particular, are less effectively projected due to the vocalist’s apparent physical discomfort.

Another surprise from the concert has to be the ‘voice’ of the chamber orchestra. Thanks to guest conductor Stephen Layton, the orchestra entices me with a much diversified character and grandeur. The last piece, Britten’s Frank Bridge, is brought to the audience with a daring violin section over a solid bass section. The thick texture of the lower instruments does make the piece sound much livelier. It is truly encouraging to see such a vibrancy in the orchestra after a rather stationary interpretation of the opening piece.

All in all, HKCC’s effort on offering more options for classical music lovers, and possibly taking care of the smallest group of audience base genuinely worth to be encouraged.