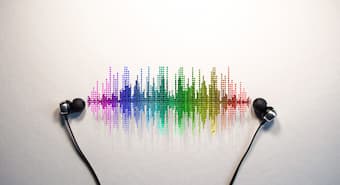 Does music come from some place other than through a musician or a composer?

When I first started making music, much of it flowed through me by what I had learnt from other composers. Now, that is still part of the process, but it mainly comes from experimenting with my music and being inspired by it.

I’d guess that this is fairly common for many composers who have been at their craft for some time. It’s certainly not uncommon for composers to borrow from themselves. Have a listen to the last movements from Mozart’s third and fourth horn concertos.

I, like most composers, of course, fall back on the compositional techniques that I have learnt, which keeps the music coming, such as developing rhythms. Rhythm is highly significant to the beginning of a composition for me. Many times, when I start a new piece, I simply tap out a rhythm with my fingers. I know that depending on what comes out, this informs me of the instrument set I will begin with for that piece. 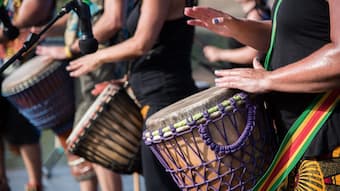 If it’s a legato or smooth rhythm I tap, I’ll start with strings or horns to fill out that rhythm. If it’s short and detached, I’ll go to a melodic percussion or a woodwind instrument played staccato.

So, music can come from a technical process, or it can come from a highly emotional experience. Death and love are two constant and strong themes in music. I’d say that this is not an uncommon experience, but it is easier to write about death than love.

Two famous works on the themes of death and love are the slow movement from Chopin’s Piano Sonata No. 2, on death and on love, Salut d’Amour by Sir Edward Elgar.


For me, Chopin’s piece expresses the feelings of death better than Elgar’s Salut d’Amour does about love. I’d guess death is a more profound experience than love, but I’m not sure about that. I’ve heard some very odd music played at funerals. For a young friend who died as a youth in a car accident, his friends had played You Shook Me All Night Long, by the Australian band AC/DC. His girlfriend fell apart when they played it in the church.

No matter where music comes from, the context of a piece for some people can mean the exact opposite of what the music was intended to produce. 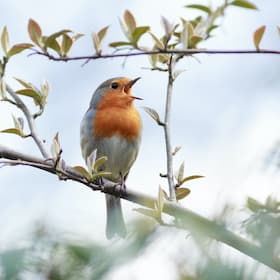 It’s possible that in the origins of music, there might lay the answer to where does music come from? There are multiple theories of how music began, such as it came from animals. Music may have originated with animals. The sounds animals make to communicate with one another may have been copied by humans for the same purpose. Humans mimicking birdsong being one likely contender in this theory and evolution of musical communication.

So, music might just be much more of a necessity for humans than what we give it credit for. The need to make music is strong and persistent in humans. Does music advance understanding between us? Does music calm and soothe us? Does music add a heightened sense of being alive for us? Whatever you think, and whatever music does, it certainly brings humans together.

Often, music comes from the human heart. Composers have written countless pieces to tell others how they feel about them. Many musical works are an outpouring of emotions and an expression of love, passion and desire. Modest Mussorgsky’s song, Desire, is full of delicacy and warmth; maybe this is the best way to express desire, at least someone would get the direct meaning if you sent them this song.


Most listeners can tell when a piece comes from the human heart. The music sings an intimate story that is meant for just one other person. This music connects deeply with a listener, and they feel that it was written for them, even if it wasn’t.

Music stays with a listener. It becomes more than what it is. It changes something inside us. With music that moves you, with music you love, you don’t need to know where it comes from, but you know it will last and last and last.