Blog
When the Hero isn’t Quite Heroic
The Clueless Heroes in Classical Operas
by Maureen Buja August 4th, 2022

Throughout most of the opera, there are certain tropes that repeat and repeat: the heroine will die of some wasting disease (La Bohéme, La Traviata, etc.), the hero will save the day (Die Zauberflöte), and so on. There are some operas, however, where it’s the idiot or the simpleton who saves the day.

In Richard Strauss’ unsuccessful opera Guntram, our title character is a minstrel. He first dissuades duchess Freihild from drowning herself. He then goes to her husband, Duke Robert, a grasping tyrant, and sings a song to peace and generous rulers, which doesn’t go over very well, and then urges rebellion against the duke. The duke attacks our minstrel, who turns out to be a knight-minstrel and slays the duke. While imprisoned, Guntram realizes that, although he spoke of liberation, he was really acting out of love for Freihild. He decides that in atonement, he will spend the rest of his life in solitude, while gazing upon the benevolent reign of Freihild. 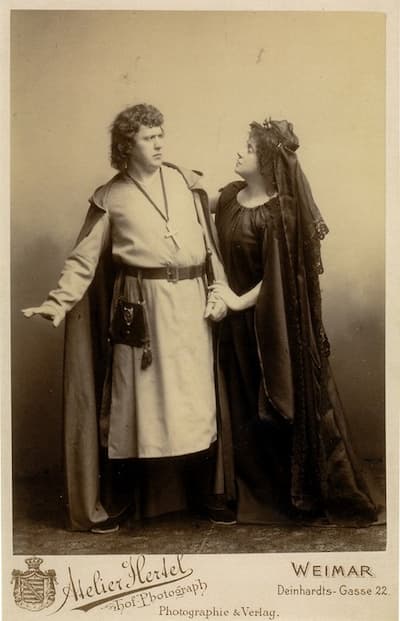 This is Strauss at his most Wagnerian, and the minstrel (perhaps standing in for the composer) was an unusual hero for an opera. However, if we look at Wagner, we have another idiot hero. Siegfried is a boy from the forest. Raised by Mime the dwarf, Siegfried despises his foster father and declares that he only stays until Mime tells him about his childhood. Mime tells him about Sieglinde and Siegmund and how Sieglinde died giving birth to Siegfried. Only Siegfried, the ‘one who knows no fear,’ can forge the great sword Nothung and after slicing Mime’s anvil in half, goes off to fight Fafner, the dragon left over from the first Ring opera. 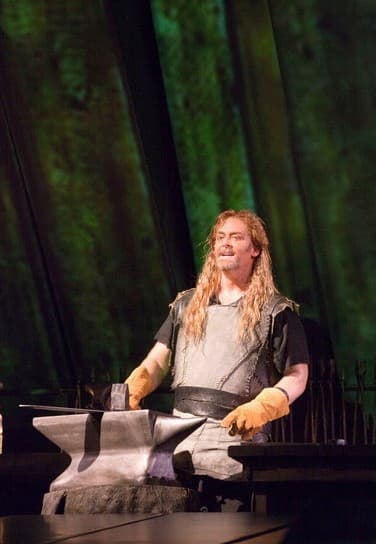 Siegfried, raised only by Mime, is such an innocent that when he gets to his pre-destined role in this opera, rescuing Brünnhilde from the ring of fire her father has imprisoned her in, that he unwittingly utters the funniest line in the entire Ring cycle: “Das ist kein Mann!” (That is no man!), as he removes her armour. He’s one of the rare slices first, ask questions later opera heroes.

The opera Boris Godunov has a character called a ‘yuródivïy,’ i.e., a fool for Christ. These Holy Fools act intentionally foolish, to ‘conceal their perfection from the world.’ The yuródivïy appears in Act IV, chased by children and singing a nonsense song. As the Pretender readies himself for his march on Boris, the yuródivïy sings a song predicting the difficulties that the country will soon face (Flow, flow, bitter tears!). 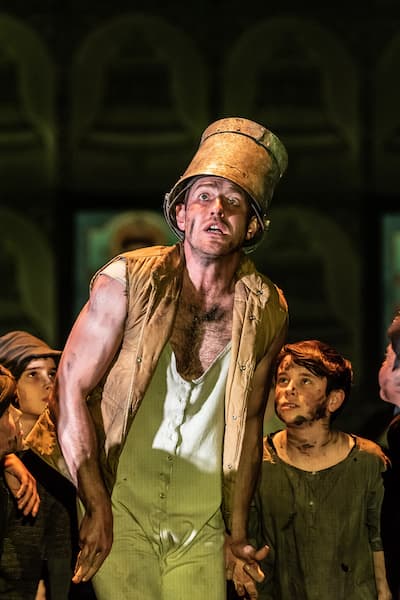 Sam Furness as the Holy Fool in Boris Godunov, 2019 (The Royal Opera) (Photo by Clive Barda)

In Mozart’s Die Zauberflöte, we have the unique character of Papageno. A bird-catcher by profession, he’s seemingly half-bird himself. 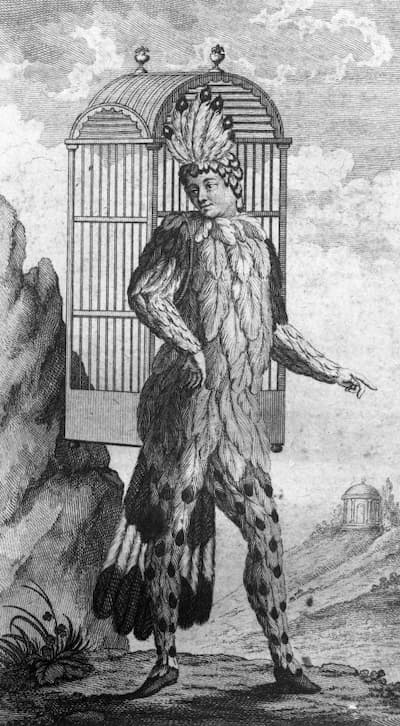 Emanuel Schikaneder, librettist of Die Zauberflöte, shown performing in the role of Papageno as shown in the first edition of the libretto

He’s not above lying to Tamino about how he killed the fearsome serpent, but when he’s pressed into service for our hero, he’s the first one to actually discover the kidnapped Pamina. Through the trial sequence, despite being told over and over to be silent, he can’t keep still. Banished from the test, he is saved by the appearance of his own half-bird woman, Papagena. We know that Tamino and Pamina will have a difficult intellectual life but that the two simpletons, Papagena and Papageno are only intending to have many, many, many children. 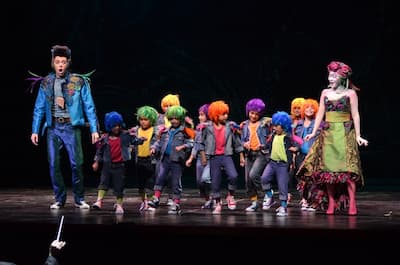 We could also consider Verdi’s Falstaff as the idiot hero – used to a life of pleasure when he hung around with Prince Hal, he’s no longer the center stage when Hal becomes King Henry. His attempts to seduce women end with him being thrown in the river with the laundry and his forest appearance as the ghost of Herne the Hunter, complete with stag horns. 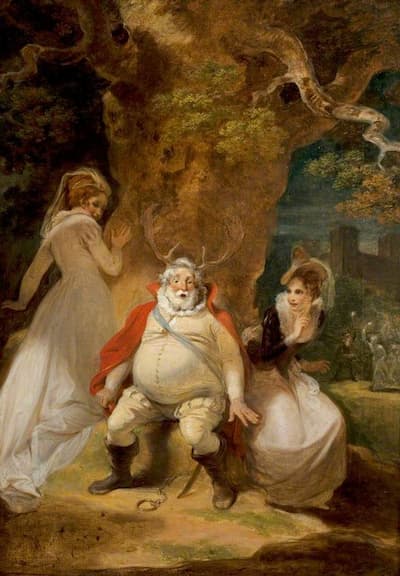 Robert Smirke: Fallstaff with his horns


Idiots and half-men, religious fanatics and social innocents – all have their place in the world of opera.