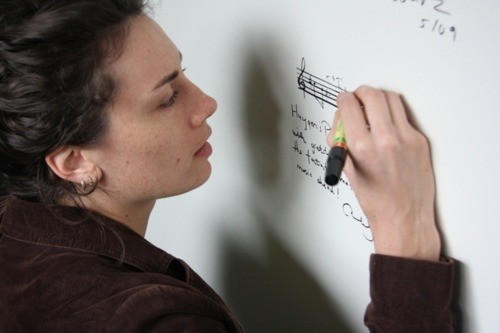 This week, we talk to Melody Eötvös, an Australian composer, and one of the six Composer Fellows, about her music and her career, in the lead up to one of Hong Kong’s most exciting events.

I am a musician to my core – my parents are both exceptional musicians and I grew up surrounded by concerts, music lessons, orchestras, music parties – they had me started down that road very early on and I can’t help but think of music as a central part of my life.

I began as a pianist and cellist, and then very quickly realized how nervous I got performing in front of people. For instance, at my first public performance when I was six years old, I played my piece perfectly but then once I’d finished, I froze at the piano and my mother had to come and get me off the stage. I very deeply enjoy playing other composers’ music but have always struggled in a solo situation. Strangely, if it is my own music, I am fine!

I actually composed my first piece when I was eight. It was for Cello and Piano and I called it “The Haunted Grandfather Clock”. It’s actually one of the most dissonant pieces I have ever written! Lots of unashamedly clashing minor seconds and no resolutions – I can’t remember composing it and I didn’t write anything again until I was 14. 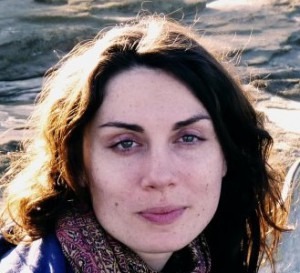 When I was 14, I performed a piano piece I’d spent a while composing and memorizing – it was thrilling and even more so because I won that competition and at that moment it confirmed for me that this is something I can do and not ever be afraid of. I spent the next several years composing piano music and performing it at concerts that my parents were involved in and at school.

When it came time for me to decide what university to go and why, [my parents] were 100% behind my decision to be a composer. By the time I was 17, I had a good portfolio to apply to the Queensland Conservatorium and I was accepted.

THE INTIMACY OF CREATIVITY

I first heard about IC a few years ago while in the middle of my doctorate at the Jacobs School of Music. I applied because of the directors, the mentors, and the musicians involved – the opportunity to be a part of a workshop like this was very attractive and it’s very rare that an exclusive program like this is completely funded.

I always ask musicians for their comments and suggestions. I don’t think there has been a time where every note I originally wrote stayed in the piece. I think it’s important to keep an open mind and be ready for change to become necessary in the composition and workshop process. Nothing is ever set in stone. The same goes for getting feedback on your music – there will be times when the feedback isn’t exactly what you were expecting, but everything you hear about your music is important in some way.

In my opinion and so far as my music is concerned, I’d like to think that I’m always prepared to make a change if necessary and if it makes sense to me. And, if you think about it, no piece of music is safe from change… all the arrangements, orchestrations, adaptations, remixes that happen to works of old masters.

OLBER’S DANCE IN THE DARK

At the time I wrote this piece I was studying Philosophy of Life Sciences at the University of Queensland as part of my Master of Arts. Concepts like paradoxes and techniques of reasoning and logic were rummaging through my head on a daily basis. I find a great deal of my inspiration and initial creative juices from extra-musical sources like literature, philosophy, and visual arts. Once I find an idea or story, the rest of the music unfolds with very little difficulty.

I came across Olber’s Paradox and decided that it had potentially beautiful imagery that I could convey musically. A quick breakdown of the paradox is that the universe could not have existed infinitely because then any sight line from the Earth would end at the surface of a star and the night sky would be completely bright as a result.

Audiences can expect to hear a lot of movement and musical parallels (gestures) with the projection of light and other pointillistic imagery often associated with stars. It also has a peculiar dance-like feel about it too, which is why the title ended up as it did. I also enjoy working around the open strings and tried to incorporate them as often as possible into the musical texture.

My most immediate goal is to secure a lecturer position at an university and begin to establish myself with an institution, regardless of which country that ends up being in! Otherwise, I am currently involved in a three-way collaboration with Musica Viva Australia and the Red Room in Sydney, which involved corresponding with three poets and percussionist Claire Edwardes. I have also just received an Australia Council of the Arts Grant to support a collaboration with Sydney pianist Bernadette Harvey.