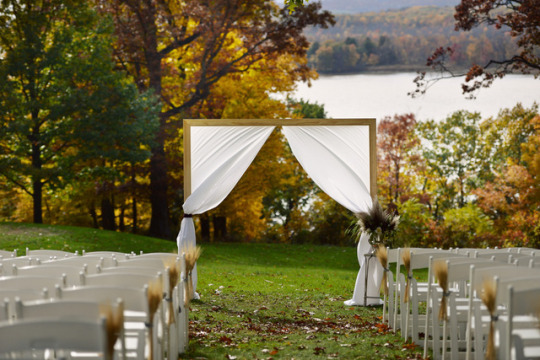 Having been to several weddings in the last six months and having celebrated my own nuptials earlier this month, I thought I would share some of my thoughts on wedding music in this article. I have often been asked to recommend pieces for weddings, mostly for the ceremony but occasionally for the reception as well. This is usually a relatively simple task, as most engaged couples already have a mood or tone in mind, thus depending on what musicians they have hired or what instruments are available, we can narrow down the choices quite easily. For my own wedding though, I wanted the music to reflect us and to really accompany in mood and in timbre whichever part of the wedding it was accompanying, thus music was for me as important as the bible readings, as the colour theme, and probably as my wedding gown! Building the suitable playlist was quite a fun and fulfilling task, as I not only discovered new works but also ‘reconnected’ with some long-forgotten pieces.

Before I list out my own suggestions, let us first turn to the two most popular works used in wedding ceremonies across the globe: ‘Bridal Chorus’ (also known as ‘Here Comes the Bride’) and ‘Wedding March’. The ‘Bridal Chorus’ is taken from Wagner’s opera Lohengrin, and is in fact sung after the wedding ceremony in the opera, whilst the heroine Elsa is ushered to the bridal chamber. One might consider not using this piece because the marriage between Elsa and Lohengrin fails almost immediately!

The ‘Wedding March’ comes from Mendelssohn’s Op.61 suite of incidental music for Shakespeare’s play A Midsummer Night’s Dream, a comedy about four young lovers whose fates are controlled by the fairies who live in the forest in which the play is set. King Frederick William IV of Prussia commissioned this suite of incidental music in 1842, and this ‘Wedding March’ only became popular after it was used in the marriage ceremony of his own nephew, King Frederick III, to The Princess Royal, daughter of Britain’s Queen Victoria, who herself loved Mendelssohn’s music. What grandeur! 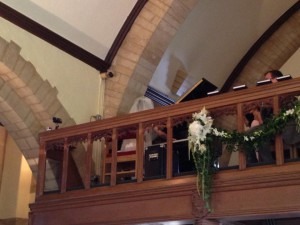 Bride at the Piano!

For my ideas, I have concentrated on the three main musical components of a wedding ceremony and organised them by the mood or tone of the wedding. Please note that some of the pieces suggested will be too long for the processionals hence I am referring to the opening sections only.

For a more stately ceremony:

Procession of the Bridesmaids – Prince of Denmark’s March (Jeremiah Clarke)

Recessional – ‘Arrival of the Queen of Sheba’ from Solomon (Handel)

All these are works from the Baroque period – music you may hear as soundtrack to celebratory scenes in a period drama!

For a more sacred ceremony:

Recessional – Now thank we all our God (Karg-Elert) 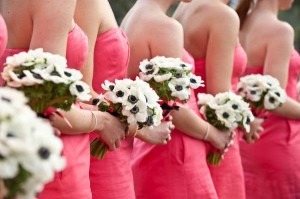 For a more understated ceremony:
Procession of the Bridesmaids – ‘Air’ from Water Music (Handel)

These are secular pieces from the Baroque period but have a gentler character compared to the pieces I suggested for the stately ceremony.

For a formal ceremony with a livelier tone featuring the pipe organ:

These are virtuosic organ pieces that sound majestic and fun!

For a formal ceremony with an elegant tone featuring piano music:

The Chopin and Schubert pieces are lyrical and elegant whilst the Schumann is pleasantly energetic.

For a formal ceremony with a livelier tone featuring other instrumental music:
Procession of the Bridesmaids – Allegro moderato from String Quartet No.2 (Borodin)

The Borodin movement has a gentle yet expressive tone; the Stravinsky movement sounds stately but in a more contemporary way than Baroque pieces; I believe the Verdi duet is self-explanatory!

Procession of the Bridesmaids – Come Fly with Me (Frank Sinatra)

These are popular songs for weddings, but the versions above have a more upbeat tone. I also felt it was appropriate to choose a duet for the Recessional since that is the first piece of music that celebrates the union of the bride and the groom.

Now I shall not disclose what works I chose for our wedding ceremony, but I did surprise my husband and guests by playing a short piece just before the ceremony started when everyone was seated as well as one of my husband’s favourite pieces for my bridesmaids’ processional!

What music accompanied you down the aisle? Have you been at a wedding recently in which the music inspired you? Do please share your comments below!