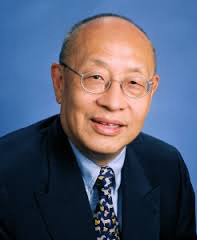 What do you get when you cross a marketing genius and extremely successful businessman with an insatiable music enthusiasm actively supporting composers, performers, scholars and various musical organizations? If you reside in Hong Kong or have a serious interest in music in New York, Sydney, London or elsewhere, there is really only one person who comes to mind. And that is the chief listener of the Octavian Society, Daniel Ng Yat-chiu, who has sadly left us on 23 August 2013. The Octavian Society, as you might have gathered, took its bearing from the opera Der Rosenkavalier by Richard Strauss. Not surprisingly, it was Daniel’s all-time favorite and he owned every single recording ever made, various autograph and manuscript sources, signed photographs of famous interpreters and a complete set of Alfred Roller lithographs depicting the costume designs for the opera. As a member of the board of governors of the Hong Kong Philharmonic, Daniel was instrumental in bringing a concert version of Rosenkavalier to Hong Kong in 2007.

Richard Strauss: Der Rosenkavalier, “Mir ist die Ehre wiederfahren”
Talking about instrumental, our chief listener was also responsible for bringing Edo de Waart to Hong Kong. Edo joined the Hong Kong Philharmonic in the 2004/05 Season as artistic director and chief conductor, and over a period of eight years gradually led the orchestra towards international recognition. For Edo’s inaugural concert, Daniel commissioned Guo Wenjing, “the leading composer of China’s post-Cultural Revolution generation and the most significant homegrown composer who never studied abroad,” to compose a work for soprano and orchestra. Guo responded with a vibrant musical setting of epic poetry by contemporary Chinese poet Xi Chuan; Gustav Mahler could not have done any better.
Guo Wenjing, Journey 2 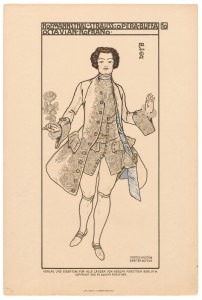 Talking about Gustav Mahler, Daniel had long wondered about the textual origins of “Abschied” from Mahler’s Das Lied von der Erde. Mahler, as is well known, based his setting on a number of severely mistranslated poems from the Tang Dynasty. So Daniel went to work and fashioned and reconstructed a Chinese text from the implicated poems. His version is sung in Cantonese, as it most closely resembles the lost 8th-century Middle Chinese dialect in which the original texts were written.
Gustav Mahler: Das Lied von der Erde, “Abschied” (to bar 459) (ending of Cantonese version)
As you might have gathered from Daniel’s reshaping of Tang Dynasty poetry, he was at his absolute best when unpredictable. One such capricious undertaking involved the purchase of the archive and library of the Viennese pianist Paul Wittgenstein, who lost his right arm in WW1. Wittgenstein had commissioned the most famous composers of his day, among them Maurice Ravel, Richard Strauss, Sergey Prokofiev, Paul Hindemith, Erich-Wolfgang Korngold among numerous others, to support his special performing abilities. Since Wittgenstein covetously safeguarded “his” commissions, a substantial number of compositions in the archive had not been seen or heard for nearly 80 years. Daniel made it possible — through his generous support of scholarly publications and musical editions — to bring this unique repertory to audiences, scholars and performers worldwide. 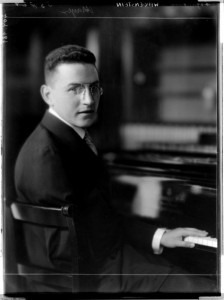 Leopold Godowsky: Symphonic Metamorphosis of Schatz-Walzer themes from J. Strauss’s Der Zigeunerbaron for the Left hand
For Daniel, the act of composition was always a cultural as well as musical activity. As such, he actively supported a number of young composers, and also served on the board of Yo-Yo Ma’s Silk Road Project. Under Daniel’s guidance and vision, the ensemble explored contemporary musical and cultural crossroads, performed in acclaimed concerts around Asia, Europe and North America — Daniel tried to attend every single performance — and recorded five albums. Of particular interest to Daniel has always been the educational aspect of the Silk Road Project, and he firmly believed in self-motivated learning through the arts. 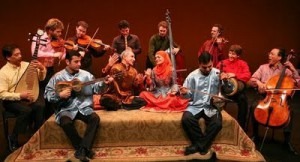 Zhao, Lin: Distant Green Valley
Life goes on, as it must. Hong Kong is going to be a rather boring place without Daniel around, but his ideas about the arts, education and how to bring classical music into the 21st-century and beyond will hopefully continue to reverberate and inspire for decades to come. There can be no doubt that the chief listener has made a real difference in the lives of countless individuals and organizations. With this, it is time to say good-bye, and let Hermann Hesse and Richard Strauss have the final say.
Richard Strauss: Four Last Songs, “Fühling”