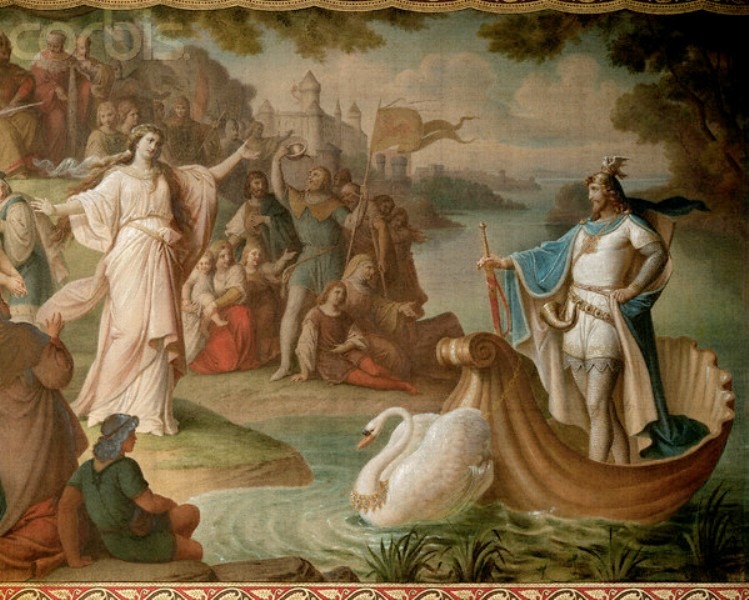 Richard Wagner was never shy to freely give his advice and opinions on god, himself and the world, no matter if you wanted them or not. On occasion, he personally swung into action and physically defended his convictions. In 1848, the year of political upheavals throughout Europe, Wagner got involved with a radical political fringe inspired by the anarchist Mikhail Bakunin. The “May Revolution,” as it was called, achieved a modest degree of success but was nevertheless quickly suppressed by the military. The Dresden police issued a warrant for Wagner’s arrest, and published this description: “Wagner is thirty-seven to thirty-eight years of age, of medium stature, has brown hair, an open forehead; eyebrows, brown eyes, grayish blue; nose and mouth, proportioned; chin, round, and wears spectacles. Special characteristics: rapid in movements and speech. Dress: coat of dark green buckskin, trousers of black cloth, velvet vest, silk neckerchief, ordinary felt hat and boots.” In the end, Wagner managed to escape Dresden and almost certain incarceration and possible death by disguising himself as a coachman, and carrying papers issued for a Dr. Widman.

Shortly before Wagner’s hasty departure into Swiss exile, the composer completed the score to his opera Lohengrin. He had first encountered the Lohengrin myth in 1841. This medieval tale tells about a mysterious knight who arrives in a swan-drawn boat to defend a damsel in distress. The single condition for his assistance is, that the heroine must never ask for his name and origins. Wagner probably encountered this tale in the Arthurian epic Parzival, penned by Wolfram von Eschenbach in the early 13th century. Fueled by the mythological aspects of the story and endlessly fascinated by the legend of the Grail — the symbol of the all-embracing love of the Savior, who offers those privileged to see it eternal redemption from an evil and corrupted world — Wagner set to work during a spa holiday in 1846. He sketched the third act first, sometime between September 1846 and March 1847. The second act followed between May and June 1847, and the first act between June and August 1847. The instrumentation, in turn, was completed during the winter and spring of 1848. 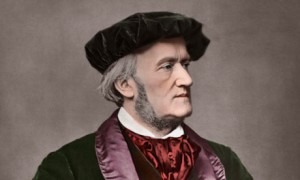 With Wagner exiled in Zurich, it was left to Franz Liszt to arrange for the world premier performance in Weimar. Wagner wrote to his future son-in-law, “Bring out my Lohengrin. You are the only one to whom I would put this request; to no one but you would I entrust the production of this opera. But to you, I surrender it with the fullest, most joyous confidence.” And so it came to pass that Franz Liszt conducted the world premiere on 28 August 1850. Legend has it that at the same time Wagner sat in the “Hotel Schwanen” in Lucerne with watch in hand, silently imagining his opera being performed in Weimar. It took another eleven years before Wager was able to hear his Lohengrin for the first time at a performance in Vienna on 15 May 1861.

Lohengrin occupies a special place in Wagner’s career. While constructing his work in the best “bel canto” tradition — structuring the drama in a succession of arias, ensembles, choruses and finales — it nevertheless foreshadows the ideas and techniques so poignantly realized in his later music drama. Take for example the dramatic tension between Elsa’s love for the mysterious hero and her curiosity about his background. This tension is expressed throughout by a semitone relationship in key areas, A-flat and A, respectively. In turn, the F minor sonority representing the “forbidding question” clashes violently with the bright and cheerful C major harmonies associated with the wedding procession. In grand operatic fashion, the prelude to Act 1 introduces the listener to important musical themes, and it also initiates the process of associating music with the principle characters and ideas. Framed by shimmering violins, the theme associated with Lohengrin, Elsa and the redemptive power of the Grail unfolds in a single extended breath. Continually reiterated, restated, and expanded, the theme reaches a blazing climax before gently receding to its shimmering origins. In this introduction of delicate beauty and transparency, Wagner not only set the stage for one of his most luxurious compositions, he also manages to musically encapsulate the timeless expanse of sanctity and eternity.

Lohengrin will be performed at the Hong Kong Arts Festival.
Official Website