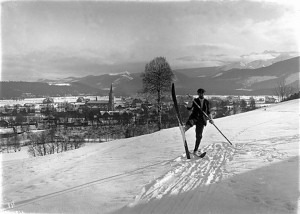 Mieczysław Karłowicz (1876-1909) met his end in a rather unusual way. An avid hiker, photographer and skier, he undertook long solitary mountain hikes in the Tatra Mountains. During one of his expeditions on 8 February 1909, a sudden avalanche buried him, and his broken body was only discovered after several days. This terrible skiing accident abruptly ended the career of one of the most outstanding Polish composers of his generation. He was born into a wealthy academic family in present-day Lithuania, and initially trained as a violinist. Intending to further his performing career he moved to Berlin in 1895. Increasingly, however, he turned his attention to composition and he produced several sets of songs and piano pieces. 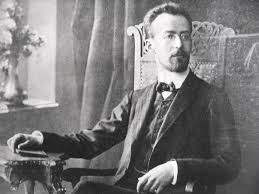 He soon composed incidental music for Jozafat Nowinski’s drama The White Dove, and the Rebirth Symphony of 1902 follows a traditional four-movement pattern. After completing his study Karłowicz returned to Warsaw and eventually became the director of the Polish Music Society. Frustrated by the bureaucratic nature of his job, Karłowicz settled in Zakopane, at the foot of the Tatra Mountains. Musically, Karłowicz made his name with a number of lush symphonic poems, composed between 1904 and 1909. Attempting to unify modernist tendencies with national traditions produced exceptional works full of melancholy and yearning lyricism. Taking his cues from Strauss, Wagner, and Tchaikovsky, his music is dominated by a sense of resignation, and Polish critics harshly described them as “modernist chaos.” 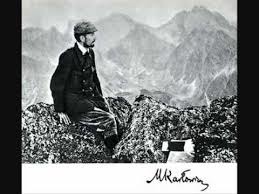 The Violin Concerto was completed in December 1902 and received its first performance in Berlin on 21 March the following year. The work presents confident and idiomatic solo writing alongside brilliant and bracing orchestration. A full-blooded concerto in the Romantic tradition, it features plenty of bravura opportunities for the soloist, and a richly resonant orchestration. Seemingly modeled after Tchaikovsky and Bruch, the concerto strikes a good-natured and extroverted tone as all three movements are joined into a continuous sequence. In the wake of the First World War the concerto was all but forgotten, but has recently been rediscovered by a number of eminent violinist.