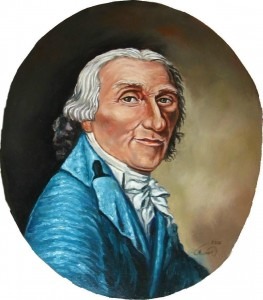 Throughout the 18th and 19th centuries, the city of Vienna acted like a gigantic magnet for composers and musicians. Talented individuals from the surrounding areas and all parts of Europe streamed into the city hoping to make their mark in the musical profession. Among them was a certain Johannes Matthias Sperger (1750-1812) who received his early musical training in Feldsberg—the current Valtice in the Czech Republic. He arrived in Vienna in 1767 and took composition lessons with Johann Georg Albrechtsberger, who would subsequently instruct Beethoven as well. He also took double bass lessons from Friedrich Pichlberger, a member of Emanuel Schikaneder’s orchestra. Records show that he made his début in Vienna with his own compositions at the age of eighteen, and a Tonkünstler concert of 1778 lists a symphony and double bass concerto by him.

Having established his credentials in Vienna, Sperger sought and found employment with Joseph Count of Batthyany, the Cardinal Primate of Hungary in the city of Pressburg. Currently called Bratislava—the capital of the Slovak Republic—Sperger collaborated with outstanding musicians, and that interaction laid the foundations for a period of heightened musical fertility. In addition to 7 double bass and other concertos, he also wrote 18 symphonies and a good deal of chamber music. He remained for 6 years before entering in the service of Count Ladislav Erdödy at Fidisch in 1783. When his patron died, Sperger traveled to various cities in Germany and Northern Italy, appearing as soloist in his own concertos. His compositions and performances eventually found favor with Duke Friedrich Franz I of Mecklenburg-Schwerin, and he signed a lucrative contract—high salary, free apartment and living expenses—on 17 September 1789. The Duke kept an orchestra of 21 fine musicians under the musical direction of Franz Anton Rosetti. Sperger appeared frequently as soloist in his concertos, and his symphonies and chamber music were busily performed. According to Duke Friedrich, “Sperger is one of our best virtuosos.” He was also busy playing for Protestant services at the castle church, and from 1809 in the Catholic Church in town. Sperger died in 1812, and left an extensive catalogue of compositions, among them 44 symphonies, around 70 instrumental concertos, sonatas, rondos and dances, cantatas, choral works, and airs. A natural melodist, his works require great technical skill yet remain cheerful and jubilant in character and temperament.