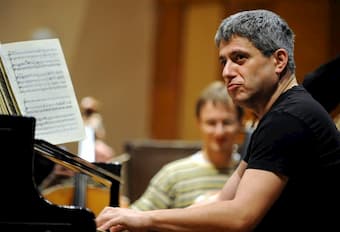 You’ve heard the music and the arrangements of Peter Breiner if you’ve ever listened to the Olympics – all those 1-minute national anthems? That’s his work. So many of the Naxos recordings with the Slovak Philharmonic Orchestra and the Slovak radio Orchestra – he’s the conductor. Did you listen to the wonderful Beatles in the Baroque style CD? That’s his, too.


We caught with the ever-active Mr. Breiner in London, where he’s moved after years in Toronto and New York. He has a new album out right now: Caressing Your Soul – Calm Romantic Piano Music. This album came about after so many of his friends, hearing his piano musings, urged him to record them. This request coincided with a similar one from Klaus Heyman, head of Naxos Records, and now we have a unique album of music that is the perfect accompaniment for the stress and chaos of these pandemic days and nights. 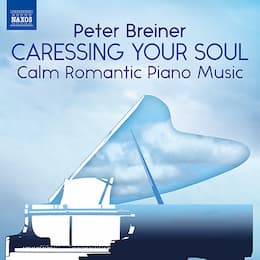 Mr. Breiner has been working with Naxos for some 4 decades, starting the label’s early days recording in Eastern Europe. Mr. Breiner, a native of Slovakia, was already active on the international front, and started working for Naxos as a recording producer, added doing arrangements, and then graduated to conducting the recording sessions. This relationship with Naxos has led to some phenomenal recordings, such as the three volumes of Janáček’s operatic orchestral suites (arranged by Peter Breiner) performed by the New Zealand Symphony Orchestra (conducted by Peter Breiner).


Along with all the great music he’s conducted over the past 40-some years, he’s also a composer in his own right. His Slovak Dances, Naughty and Sad, recorded with the Slovak Philharmonic, was his own contribution to the orchestral folklore repertoire. As he notes in the booklet for his recording, “Germans have German Dances by Mozart, the Spanish have Spanish Dances by Granados, the Cubans have theirs by Copland, the Romanians by Bartók…” and so on and this is his contribution of a Slovak collection to match them. 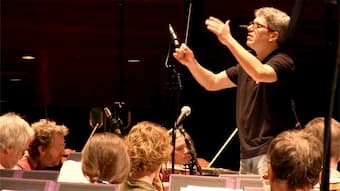 It’s a wonderful survey of the many worlds of Slovakian music – we go from the fields of Zalužice to a church in Humenné, from the King’s Mountain to the watchtower of Košice, stopping by the way to admire tiny clovers blooming and to complain about the parents (No. 8. A muj ocec veľka balamuta “My father is but one big headache”).

Reflecting on his 4 decades in the recording business, he spoke about the run to digital and what’s being lost on the way. For him, as an arranger, composer, and performer, the turn towards digital has meant the loss of the feeling of music as an art and that more people regard it as a right. The democratization of the creative space has meant the loss of the value of expertise. The years spent honing one’s craft can be easily replaced by a computer program, but the knowledge behind the music is lacking. Someone had to work to produce the music, but the new consumers don’t have any feeling for what it took to make that product. As he said, “On the internet, everyone’s an expert” even while they may know nothing about the subject!

We spoke of the effect of the COVID year on his work and he said that in January and February, when he was recording Romantic piano album, the worst they had to face was flooding in Wales where they were recording and having to be evacuated by boat. Then came March and his whole schedule collapsed – 2020 was going to be a very good year for performances and recordings and now it’s a year for working from home.

One project that has been completed, however, is the second volume of the Romantic music series. This one is piano with a small ensemble of string and wind players from the Royal Philharmonic Orchestra. With a hall big enough and an ensemble small enough, social distancing could be achieved, and the new album is due out at the end of the year.

We salute Peter Breiner – one of the busiest men in classical music we’ve met!