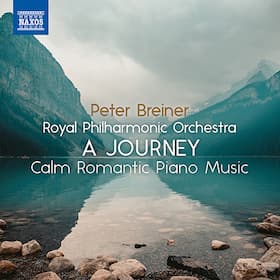 Slovak composer Peter Breiner, who we interviewed in November has a follow-up album to his earlier album of calm Romantic music. A Journey, released on 1 March 2021, has both Breiner’s compositions and his arrangements of composers who often fall outside of the ‘Romantic’ label, including J.S. Bach, Handel, and Haydn, and some who are solidly 19th century. 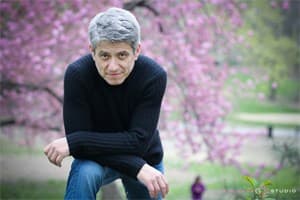 What should be the most familiar of Bach Preludes, the Prelude No. 1 in C major from the Well-Tempered Clavier, becomes in his hands a simple work for flute and orchestra, with piano in the far distant background playing the Prelude. Rather than focusing on the incessant drive of the original prelude for harpsichord, Breiner uses it as a springboard for a far more interesting piece.


His reworking of the Adagio from Dvořák’s New World Symphony, makes it less a categorical statement about America and more of a thoughtful, if slightly melancholic piece of reflection.


His own works are quite varied with expressive titles that certainly come from Romantic orchestra music, such The Magic Goblet and other titles that are purely modern, such as King of Hyperboles or Where to Go, Where to Be? In the latter, you almost want to sing the title along with the piano line, so clearly it is evoked.


He closes the collection with a Bach Largo, following the original more closely. However, the addition of the pizzicato strings and his own changes in performance again give us a work that is curiously more modern than we might imagine.


These are truly pleasant works when you just want some nice music. There’s no overwrought Romantic egos involved, there’s no mysterious stories of infatuations that end in death, but there is lovely music for when you don’t want to get emotionally involved with what you’re listening to.